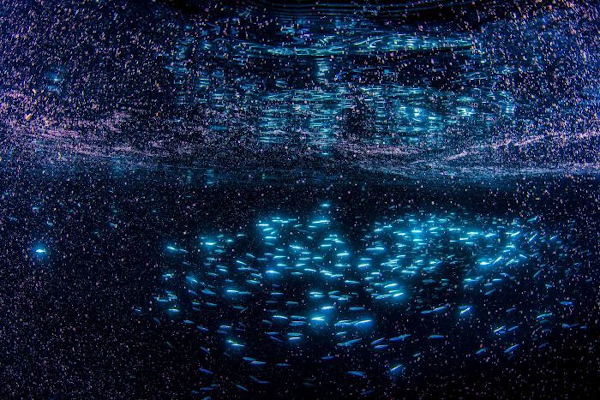 An image that looks more like the night sky than the Great Barrier Reef has won a museum photographer one of the nation’s highest photographic awards as it captures a rare insight into the underwater world.

The image captures a split-second moment of coral spawning on the Great Barrier Reef near Heron Island off the central Queensland coast.

“Imagine looking at the stars in a night sky but in fact you’re looking at an ocean in the middle of the night,” Mr Cranitch said. 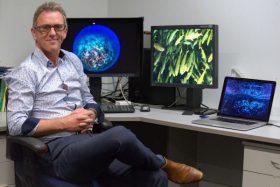 “It’s seeing another world in a very simple photo with three tones in it — black, pink and blue.”

He took the image while shooting as part of the Great Barrier Reef Foundation’s study into restoring coral reefs through larval seeding, similar to IVF.

Floating in the ocean at 1am in the morning
Mr Cranitch was sitting in the water for more than three hours to capture the unique image.

“Spawning happens once a year in spring and you usually try for three to four days to capture it,” he said.

“I had almost given up as it was about 1am in the morning and I thought I would take off my tank and put on a snorkel.

“I got back in the water and within five minutes I was engulfed in coral spawn and then it was gone again.” 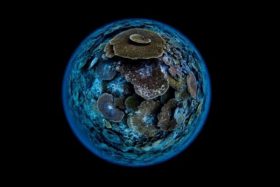 A 360 image of the pristine coral reef, showing the first signs of stress at Heron Island. Supplied: Gary Cranitch.

He said his aim was to capture a picture that told the full story of “total inundation and being totally surrounded” by the reef.

“I sat like a human bait waiting for it happen and the spawn came and went quickly,” Mr Cranitch said.

“I shot about six to seven frames and that was that, the run of coral spawn had ended.”

He said the quiet, along with the opportunity be alone with his own ideas and thoughts, made this style of photography appealing.

“Underwater photography is a different game and you have to be a good diver to begin with,” he said.