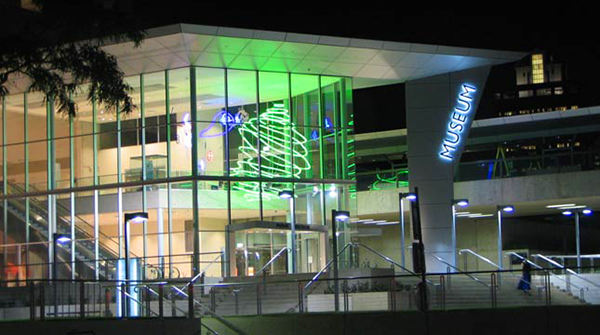 Funding of $16.2 million over four years for Queensland Museum will deliver an expanded off-site research and biodiversity collection storage facility.

The Palaszczuk Government is continuing its support for the Arts, with a multitude of investments announced in this year’s State Budget, including new blockbuster exhibition funding for the Gallery of Modern Art (GOMA).

Minister for the Arts Leeanne Enoch said the Palaszczuk Government was committed to continuing its support for the arts sector.

“This is an exciting budget for arts and culture in Queensland.

“Arts and cultural experiences help us to share Queensland’s distinct stories and connect with audiences and communities across the state,” Ms Enoch said.

“The Queensland Cultural Centre in Brisbane attracted a record 7 million visits in 2017-18, and additional investment from this budget will ensure it remains a top cultural tourism destination.

“We have allocated blockbuster funding of $4 million over two years (2019-20 and 2020-21), in this Budget, which will allow QAGOMA will draw exclusive exhibitions to Queensland and enhance its reputation as a globally significant visual arts institution,” Minister Enoch said.

Minister Enoch said $4 million had also been allocated in 2019-20 for the new Rockhampton Art Gallery, as part of the State’s total contribution of $15 million.

“This ongoing investment is part of the Palaszczuk Government’s commitment to strengthen the state’s arts and cultural sector, support practitioners to develop innovative and quality projects and connect them with new audiences, while giving Queenslanders access to rich and vibrant arts experiences,” Ms Enoch said.

“We are also continuing our support towards the new theatre at Queensland Performing Arts Centre (QPAC), with $5.2 million allocated in 2019-20 as part of the overall $125 million for the project.”

Minister Enoch said the Queensland Museum’s World Science Festival Brisbane would build on its success and continue with annual funding of $3 million.

“The Palaszczuk Government is also exploring the development of a First Nations Cultural Centre in Brisbane with funding of $2 million over two years to develop an options assessment as the first step,” she said.

“Over the last decade, the Government has helped to build a First Nations art sector across the state through the landmark Backing Indigenous Arts initiative, and this new Centre will provide more opportunities for story-telling and sharing knowledge.”

Minister Enoch said $6.9 million in funding over two years will also go towards maintaining environmental conditions and meeting increased service demand at the Cultural Centre’s Central Energy Plant, while the lighting at QPAC will be modernised with $5 million in funding for the installation of energy efficient LED lighting.

“The arts and cultural sector delivers social and economic outcomes to Queenslanders and the sector’s ongoing support is a vital part of developing the Government’s economic plan for the next decade,” Minister Enoch said.