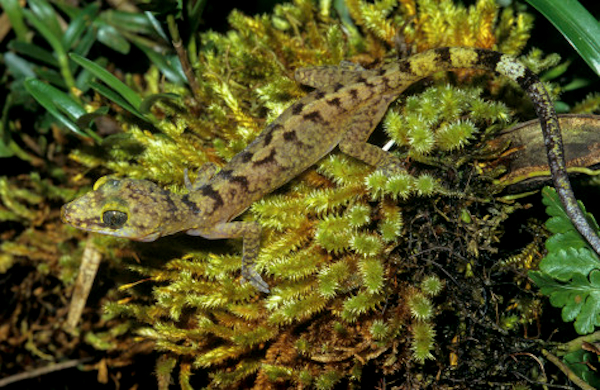 Describing new species is bread and butter work for the scientists at Queensland Museum. Across our campuses, we have experts in groups ranging from corals to spiders to snails. And over the 158-year history of the museum, our scientists have described over 5000 new species. This work underpins our understanding of biodiversity. Field guides, conservation planning, understanding, and managing ecosystems: it all builds of the framework of names established by museum scientists.

Globally, it is estimated that over one and half million species have been described by scientists over the last 300 years. So, you might think that with all this work, and given how important this framework is, we have a pretty good handle on how many species there are. But in fact, we don’t. For some groups, the situation is better than others. The number of nematode species in the world is anyone’s guess. But even amongst larger groups, we are still describing many, many, new species.

I am one of the newest curators at the museum and work on a wide range of animals. But I have a particular fascination for geckos and have described nearly 50 new species in the last 15 years. Incidentally, I recently found out that this places me around number seven on the ‘all-time league table’ of geckos described by a researcher (ok, yes, I am a bit proud of this….). But there still remain many more species to describe, and only so many scientists (and most of them, frankly, are not younger than me!).

So to try and build next-generation expertise and knowledge in describing species, we have been bringing volunteers and students from Griffith University to help us get the job done!

This work is time-consuming and detailed. The students need to learn about the body shape of the lizards. They need to make very careful comparisons between new species and their nearest relatives. In some cases, they also need to learn how to interpret molecular genetic information. They also need to prepare and revise text and figures for scientific journals – which have very exacting standards as to how these things should be done!

Over the last two years we have worked with four students to describe three new species of gecko. Most of these species are very rare and poorly known, but together they help to understand patterns of diversity across our region. Lepidodactylus pollostus is known only from a single specimen from an island off New Guinea, and at just 33 mm long is the probably the smallest member of its genus. Cyrtodactylus manos occurs in the limestone mountains of southern New Guinea, and helps us to understand how mountain uplift and climatic change have shaped the incredible diversity of this region. The final species, Cyrtodactylus crustulus, only occurs on Manus Island, 300km north of New Guinea, and serves to emphasise the incredible conservation significance of this remote tropical island.

Through this work students are gaining new skills, Australia is getting a new generation of trained biologists, and we continue to build our understanding of the incredible biodiversity of our region.