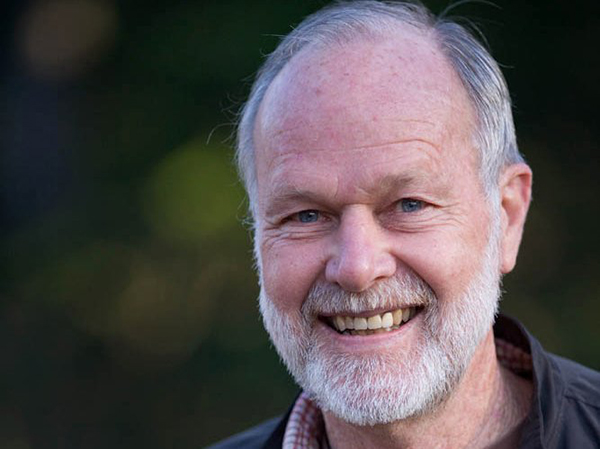 Brisbane-based entomologist Dr Geoff Monteith has had hundreds of insect species named in his honour, a feat that has landed him on a list of the world’s top 10 most commemorated scientists, which includes Charles Darwin.

Now retired, Dr Monteith is an honorary researcher at the Queensland Museum where he worked as a curator, collecting hundreds of thousands of species across his 28-year career.

“I was chuffed, I think is probably the word, and amazed to be on a list where I’m the only person still alive … it is a great honour,” Dr Monteith said.

“Working out whether it’s a new one or not, is quite a business and that’s what goes on inside museums.

“Museums are part of a network and there are a whole lot of people around the world studying Australian insects.” 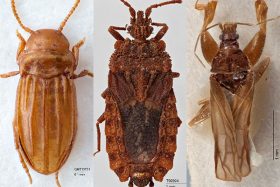 The Queensland Museum, which recently announced Dr Monteith’s inclusion in the esteemed top 10 list, said at last count he had 225 species and 15 genera named after him.

The list of the world’s top 10 most commemorated scientists was published earlier this year in a book titled Charles Darwin’s Barnacle and David Bowie’s Spider: How Scientific Names Celebrate Adventurers, Heroes And Even A Few Scoundrels.

Author Stephen Heard, a biologist at the University of New Brunswick in Canada, referred to Dr Monteith’s place in the list as “surprising” and called him “a babe in arms” when compared with the scientists that preceded him on the list.

“First, he’s been curator of two of Australia’s largest museum collections of insects and invertebrates, and in that position enthusiastically sent collections off to expert taxonomists who would sort and identify them — invariably discovering in those draws and boxes species new to science, and often naming some of them for Monteith.”

Secondly, as noted by Heard, Dr Monteith also collected “thousands upon thousands” of species himself when he led exhibitions across North Queensland and New Caledonia.

“In the Wet Tropics Zone of North Queensland alone, he has collected more than 200,000 insects as well as significant numbers of arachnids, myriapods and molluscs.” 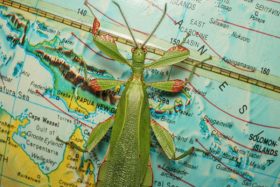 ‘I found there were wonderful creatures’

Dr Monteith said his passion for entomology was sparked at university when students were tasked with collecting and classifying 30 ixnsects.

“I went out and did that and I just found that there were these wonderful creatures,” he said.

“Just the business of classifying and trying to name the ones I caught was just so exciting.”

Soon after, he was collecting specimens in the highlands of Papua New Guinea. 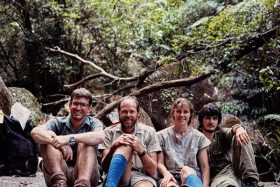 From the 1970s to the late 1990s Dr Monteith explored the mountains around Cape York Peninsula and Cairns in Far North Queensland with little more than a backpack and a head torch.

From there he started exploring the mountains around New Caledonia.

“It was also in the days before Workplace Health and Safety, I must admit.” he said.

“[These days] there’s no way that we’d be allowed to go away for a week with a backpack, and no mobile phone and no GPS — which hadn’t been invented in those days.”

With no shops in these remote locations, Dr Monteith recalled having to haul drums of flour with him on his expeditions so he could make damper.

The journey of discovery continues

Despite retiring from the Queensland Museum in 2006, Dr Monteith, who specialises in dung beetles, has shown no signs of slowing down.

“Not too many people when they come to retirement age actually stop doing it,” Dr Monteith said.

“There are about 500 native species of dung beetles in Australia and about 100 of those have still not been given names.

“We’ve caught them, we can see that they’re new species, so I’m slowly doing a little bit of that work.” 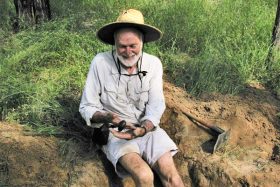 Part of this work includes collecting samples of dung from kangaroos at Lone Pine Koala Sanctuary in Brisbane.

“Some of the tourists think that I’m the man that’s paid to pick up the dung so that they don’t walk on it I think,” he said.

Dr Monteith said there were still habitats that had not been explored around Nanango and Gympie, in the hinterland about 80 kilometres north of the Sunshine Coast — so he had set his sights on those dry rainforest regions for his future expeditions.