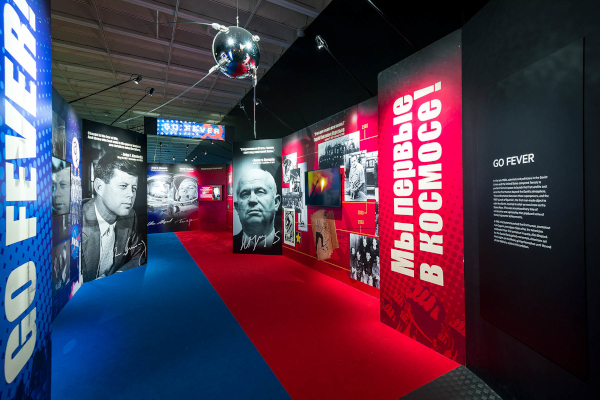 Queensland Museum’s largest ever exhibition, NASA – A Human Adventure, has officially rocketed into the record books as their most visited exhibition with more than 237,000 visitors.

As the exhibition winds up today, Minister for the Arts and Minister for Science Leeanne Enoch said it was clear that the exhibition, which has been at Queensland Museum since March, was on a mission to become one of the most successful exhibitions ever hosted at the museum. 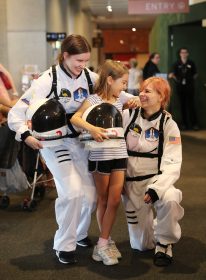 Visitors to the NASA – A Human Adventure exhibition at Queensland Museum.

“The exhibition has broken the Museum’s record as the most visited exhibition, with a total of 237,578 people through the doors at the end of yesterday, and another 1500 predicted to be through by the end of today.

“NASA ­– A Human Adventure was the very first exhibition to be presented in the museum’s new international touring gallery, which was redeveloped following a $3.25 million investment from the Palaszczuk Government.

“This exhibition has told the story of space travel and the history of rocket science and space flight through an exciting array of objects including some awe-inspiring full-sized and scaled replicas.

“It has showcased the enormous impact of science and technology in our society and featured space-flown items, rocket engines, space suits and full scale replicas.

“I’m proud that the Palaszczuk Government’s investment to revamp the gallery at Queensland Museum has helped attract more and more visitors.”

The last most visited exhibition was the Dinosaur Discovery exhibition in 2015, which attracted 231,485 visitors.

Queensland Museum Network CEO Dr Jim Thompson said it had been an absolute blast for the museum to host NASA – A Human Adventure.

“NASA – A Human Adventure opened on 15 March in time for World Science Festival Brisbane 2019, and as part of the 2019 year-long celebration of the 50th anniversary of the Moon landing.

“Though the mission has now come to an end, the Queensland Museum team will make way for a new show, Spiders – The Exhibition, which opens on 6 December, and features more than 200 spiders and 12 live specimens,” Dr Thompson said.

Overlay footage of the exhibit is available: https://www.dropbox.com/sh/x02s7hqawtkelnw/AADZ0uP3-UPu6gM6MxIXJ-ZDa?dl=0 (external site)