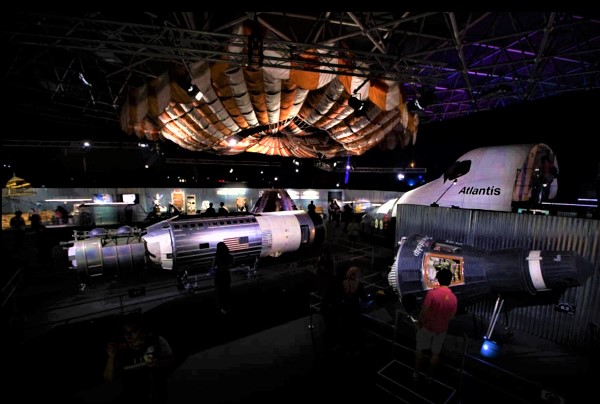 Media Statement, NASA – A Human Adventure takes one small step into the record books, Minister for Environment and the Great Barrier Reef, Minister for Science and Minister for the Arts, 18 April 2019

Queensland Museum’s largest ever exhibition, NASA – A Human Adventure, is in orbit and already breaking records, Minister for the Arts and Minister for Science Leeanne Enoch has announced.

“It’s clear that people have a real fascination of space and exploration, and the stories that come with it,” she said.

“This exhibition was breaking records before it even opened with people booking tickets months in advance.

“In just over a month, more than 50,000 visitors of all ages have taken the journey through space since the exhibition opened,” Ms Enoch said.

“During last month’s World Science Festival Brisbane, 3362 people visited NASA – A Human Adventure on 23 March – it was the largest visitation to a paid exhibition in one day at Queensland Museum.

“Hosting blockbusters like last month’s World Science Festival Brisbane and the NASA – A Human Adventure exhibit is a testament to the fact that Queensland is a world-class destination for major events,” she said.

“We invest in major events because the attract tourists to Queensland and support local jobs. The Palaszczuk Government is committed to growing events like these to boost our $25 billion tourism industry.”

“NASA – A Human Adventure continues to enthral visitors who are over the Moon to be learning more about mankind’s exploration of the unknown,” Dr Thompson said.

NASA – A Human Adventure will run at Queensland Museum until 9 October 2019.

For tickets and further information: www.qm.qld.gov.au/space