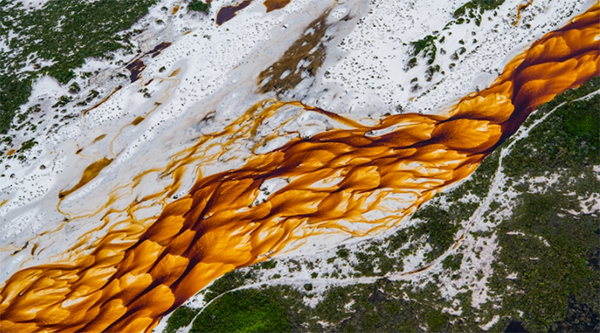 Viewed from above, Queensland is a kaleidoscope of vivid hues, sprawling patterns and rich textures.

The wilderness is nature’s own art gallery and Queensland Museum photographer Gary Cranitch is one of the very few to have seen the exhibition firsthand.

He might have seen more of Queensland than any other person — much of it through a viewfinder.

Since 2019, Mr Cranitch has single-handedly been collecting images of rarely seen, remote and beautiful parts of the state as part of a mammoth project recording Queensland’s wetlands. 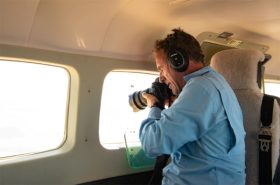 He got to see remote parts of the state in drought and flood. 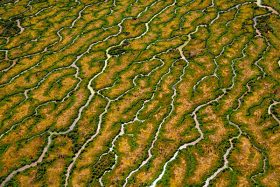 “I’ve been lucky enough to see both sides of the coin and they’re vastly different from each other.

“I think the key take-out from what I saw is just how diverse Queensland is and how huge it is, and how there are many locations throughout Queensland that you can’t see unless you look at them from the air,” he said. 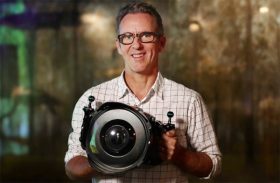 Mr Cranitch said the recent rain and flooding event in south-east Queensland is an example of the boom and bust cycle of wetlands and shows the extraordinary impact of water on the environment.

“It’s an ongoing story — how things change in a just a few weeks and how they evolve constantly.”

“I’m hoping to continue with this work, there are some more opportunities.”

His photos will be used in a book on Queensland’s wetlands, due to be published mid-year.

Department of Environment and Science wetlands manager Mike Ronan said Queensland has “the greatest diversity of wetlands in Australia”.

“Wetlands are really anything that gets wet — so rivers, creeks, swamp, lakes — they’re all wetlands,” he said.

“They are some of the most important parts of our landscape, but you don’t often get to celebrate how wonderful they are.” 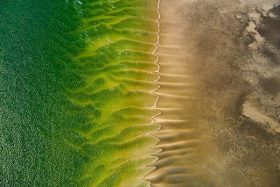 Mr Ronan has helped bring the project into life with research and logistics, as well as writing the text and helping to choose photos for the book. 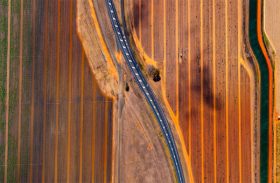 There are pictures of farmland — rich red and verdant green — as well as enormous feeding lots for cattle across vast properties.

“We would plan meticulously where Gary would go,” Mr Ronan said.

“A lot of work went in beforehand because roads might have been cut off and you might not be able to get into areas, so you always had to have a backup plan.”

There were quite a few changes of plan when dust storms, rain squalls or extreme wind gusts made their presence known. 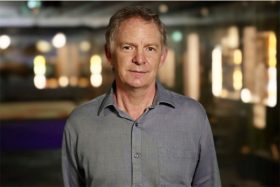 Mr Ronan has also propelled the project into life — with research, logistics and words for the book.(ABC News: Michael Lloyd).

“I suppose when you are taking pictures you concentrate on the job, but we hit a few air pockets, dodged some storms,” Mr Cranitch said.

“We had to land a few times to dodge those sorts of things because they’re not nice to fly through.

“I worked with some terrific pilots who know the country well, but you’re always happy to land.” 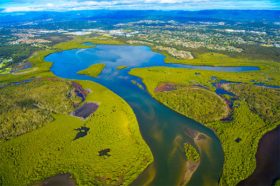 Mr Cranitch, whose 38-year career had already taken him across much of the state, witnessed colours, textures and patterns in places he had only previously heard about.

“I didn’t know they were as vast or sometimes as empty — places like the southern Gulf, for example. Those flood plains exist for 45, 50, 60 kilometres of dead flat country.” 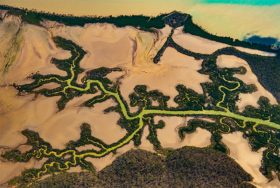 While most of the images were taken from the sky, he said he never used drones.

“A drone is fantastic for doing things that are close to you but they have a limited range. I was covering vast areas,” he said.

For the most part, he relied on just one camera body and three or four lenses. 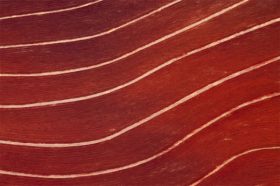 When he could, Mr Cranitch would also drive off-road to capture wetlands at ground level.

“Often to get in amongst a wetland, it means getting into a location that’s full of a few things that may or may not bite you,” he said. 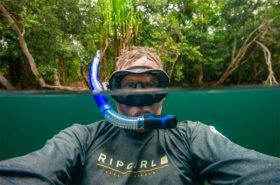 Fortunately there were no run-ins with snakes or crocodiles, although he did look under the water for photo opportunities as well.

One image, taken near the town of Innot Hot Springs in the north Queensland tablelands, looks like an alien landscape with bulbous green life forms — algae growing in a hot spring. 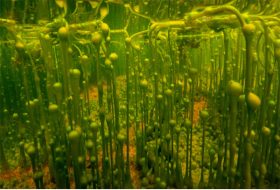 Images that do not make the cut for the book — the ones of dust storms, cattle, mountain ranges and railway lines — will be used for research and exhibitions.

Despite his epic journey, there are still places in Queensland on the photographer’s bucket list.

“There’s always somewhere new to visit — I’m not finished with it yet,” he said. 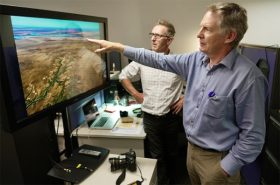 Mr Cranitch and Mr Ronan have worked closely together on the project for more than two years.(ABC News: Michael Lloyd)