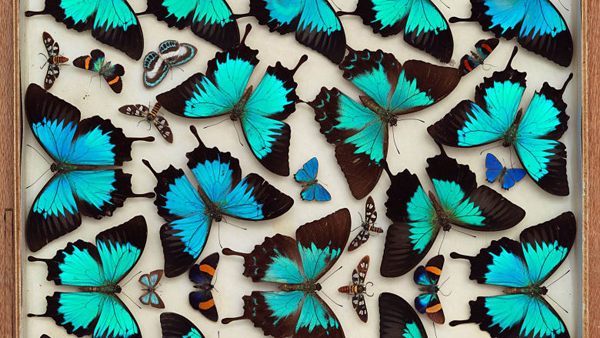 An enormous collection featuring animals, DNA, fossils, rare books and shipwreck artefacts in the Queensland Museum was last valued at more than $461 million and now the state government is seeking an updated valuation.

What visitors see when they walk through the doors at South Bank is just the tip of the iceberg for the museum’s collection, which is stored at various locations, including Hendra and Townsville.

The museum’s board is required to revalue the collections every five years, with a tender advertised this week seeking experts to update the work last done in 2013.

There were also more than 6000 shipwreck artefacts, mostly from the Pandora, which was sent in 1790 to search for the Bounty mutineers but was wrecked on the Great Barrier Reef, valued at $3.93 million.

Among the rare books in its library collection was a copy of The Birds of Australia in seven volumes by John Gould, while the World War I Mephisto tank was particularly unique.

Head of biodiversity and geosciences John Hooper said exhibits such as the Mephisto tank and primary type biological specimins were “actually priceless” because they could not be replaced.

“It’s a big warehouse. Sort of like that last shot in the Indiana Jones movie, the Raiders of the Lost Ark, where they take the ark of the covenant in the shed, and it’s all misty in the distance and all you can see are crates and boxes.”

Dr Hooper agreed some people might be curious about why the museum would need tens of thousands of arachnids.

But he said by using traps and finding out which species were captured at one point in time, and then returning later to check again, scientists could get a snapshot of an ecosystem and which species were present, and how it changed, to study the impacts of aspects such as deforestation.

And there are even more items not recorded in the database. For example, there were 3.6 million insect specimens in total, and about 200,000 registered.

But not all of those items are on display for the public at any one time.

“It’s like an iceberg, so what you see in the public galleries is just the tip,” Dr Hooper said.

Dr Hooper said most of the museum’s collection, used for scientific examination and preserving species which may be irreplaceable, was not on display and instead stored in special cupboards.

“A lot of insects fade in light,” he said.

“With biological collections, not only do you have to store them somewhere but you have to make sure other animals don’t get in to chew them up and destroy a collection.”

Dr Hooper said the 100-year-old Dodd butterfly collection was pinned out in an art style and one of the most valuable items at the museum.

“Every four years, I think, we bring it out for about six months and behind silk so the light levels are low and then put it back in the drawers to try and preserve the collection as long as we can,” he said.

Working in the biodiversity sector are scientists and collection managers, studying fauna ranging from single cell animals like protozoa up to whales, with a special focus on animals native to tropical and subtropical Queensland.

Dr Hooper said about 100 species were discovered in Queensland every year, particularly lizards.

In Townsville, the Museum of Tropical Queensland – part of the Queensland Museum Network – is home to the world’s largest contemporary collection of corals, while the parasite collection was used for medical purposes.

“We have things like birds and mammals, reptiles and frogs, fish, and then we have the invertebrates like sponges, soft corals, parasites – we have a big collection of parasites, parasitic worms and single-celled parasites,” Dr Hooper said.

“Some of the collections are so big you’d need a lifetime just to count them.”