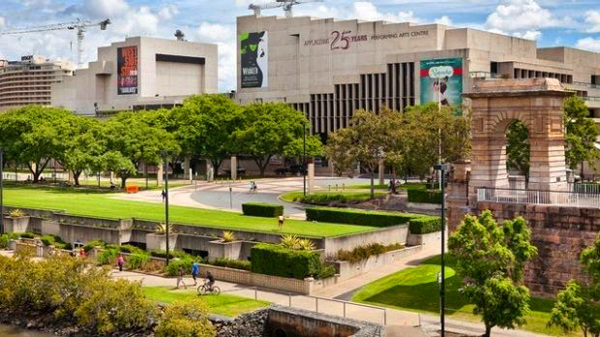 Brisbane’s Cultural Centre might look like a collection of bland concrete boxes to some, but to others it’s a heritage gem worth protecting.

The Cultural Centre – including the Queensland Art Gallery, Queensland Museum, QPAC, the Cultural Forecourt and The Edge at the State Library of Queensland – will be protected under a new Conservation Management Plan to guide future planning and development.

The South Bank site was heritage-listed in 2015.

Premier and Arts Minister Annastacia Palaszczuk said the Cultural Centre was a much-loved and iconic Brisbane site and the formal guidelines would protect its heritage significance while allowing it to adapt to future needs.

“I’m delighted this plan will ensure the original design by the late acclaimed architect Robin Gibson will be respected as part of any potential enhancements and development,” Ms Palaszczuk said.

The Queensland Cultural Centre was initially developed in four stages from 1976 and 1988 and cost about $200 million at the time.

A fifth stage, QPAC’s Playhouse Theatre, was completed in 1998.