You are here: Home » Articles filed under: 'News' » Article: '‘Questacon of Agriculture’ – NP commits to'

‘Questacon of Agriculture’ – NP commits to

May 9th, 2019 | Browse other: News. | Tagged with: 'Questacon of Agriculture', National Party proceeds with Agricultural Technology Museum in Yass | 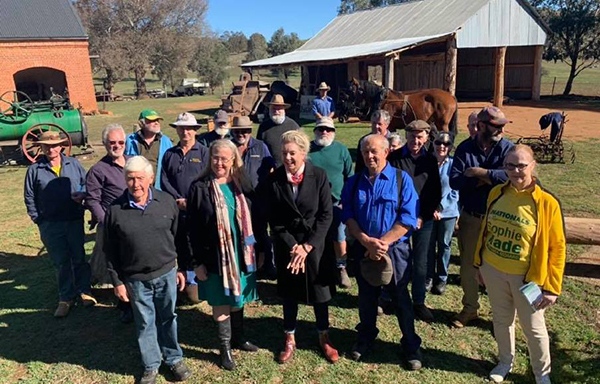 The National Party has committed $150,000 to conduct the site evaluation and implementation plan for a National Agricultural Technology Museum in Yass.

The funding will be provided up front, regardless of the outcome of the May 18 election. The party’s deputy leader senator Bridget McKenzie made the announcement on Sunday.

In a joint statement with Nationals candidate for Eden-Monaro Sophie Wade, Ms McKenzie said she wanted the museum to be the ‘Questacon of Agriculture’ for all ages to enjoy and learn.
Questacon, also known as the National Science and Technology Centre in Canberra, has over 200 educational and interactive exhibits.

The museum in Yass would tell the story of Australia’s agricultural history and how agricultural technology has developed, Ms McKenzie said.

“We particularly want our kids to understand the role of technology in the success of agriculture from paddock to plate,” Ms McKenzie said.

“This is a largely untold story as we see in the statistics around what kids understand about where their food and fibre comes from. Like that 2011 study found the majority of Year 6 and 10 students didn’t know where cotton socks come from,” she said.

Nationals candidate for Eden-Monaro Sophie Wade said Yass made sense as the location for the National Agricultural Technology Museum because of its rich agricultural history and connectivity via the Barton Highway.

Yass Valley is an old wool producing region, known for some of the world’s best merino wool. Today, it is also known for producing some of Australia’s best wine.

Mrs Wade said the museum would also contribute to the growth of tourism, skills and jobs in the region.

She began advocating for the project in February and was pleased to get a funding commitment from the party for the first stage of the museum’s development to begin.

A spokesperson for Mrs Wade said there weren’t any sites being considered for the museum at this stage, but that the site evaluation would identify suitable locations.