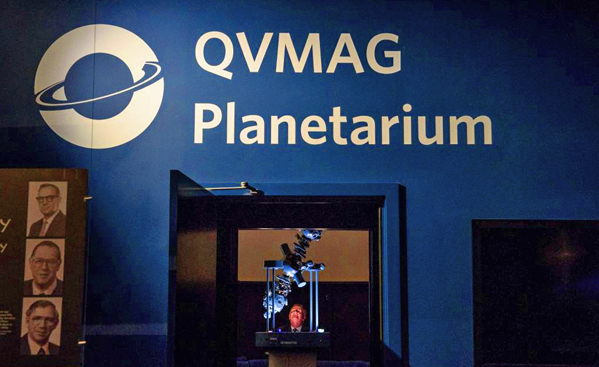 The Launceston Planetarium emerged in the space race, a year before humans took their first steps on the moon.

For Queen Victoria Museum and Art Gallery director Richard Mulvaney, the creation of a new planetarium in 1968 demonstrated the intense community interest in space and exploration.

Celebrating its 50th anniversary was a significant milestone for the state’s only planetarium, Mr Mulvaney said.

“Despite the changes in technology, there is still a place for a planetarium.”

Reaching this milestone was a good time for the planetarium to consider the direction it was going in and how it would continue to engage with the community, Mr Mulvaney said.

Queen Victoria Museum and Art Gallery collections and research manager Martin George said he was excited to share his passion for the sky with the community.

“When [the projector] is running and we dim the lights, it really looks like we’ve taken the roof off the building and it’s become night time,” Mr George said.

“I really love some comments I get from children who ask their mum ‘is this the next day?’”

The Launceston celebrations would coincide with a total lunar eclipse on January 31 from 11.52pm, he said.

While the 50th anniversary will be officially marked on Tuesday, January 30, activities will be held each day between Monday and Friday.

Safe solar observations will be held at 2pm at the QVMAG Inveresk courtyard between January 30 and February 2.

On Tuesday, the community will have chance to hear from Mars One candidate Josh Richards, who is a physicist, explosive engineer, soldier, comedian and astronaut candidate.