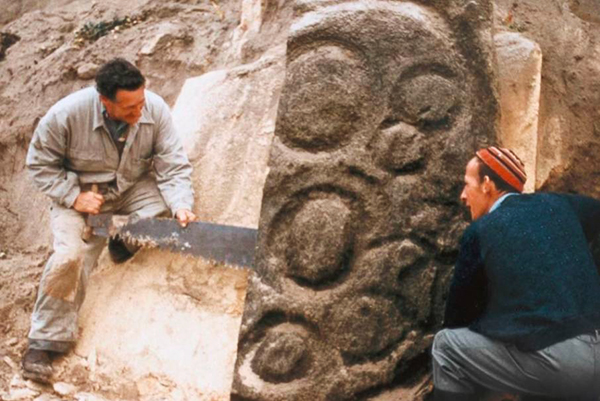 Works to remove the Preminghana petroglyphs. They have been in the possession of QVMAG for almost 70 years. Picture: supplied.

The City of Launceston has agreed to repatriate ancient Aboriginal rock carvings from the West Coast that have been held at the Queen Victoria Museum and Art Gallery for almost 70 years.

The council has submitted a permit application to be assessed by the Aboriginal Heritage Council with final sign-off by Aboriginal Affairs Minister Roger Jaensch.

The decision comes after two months of engagement with the Tasmanian Aboriginal community, following a request from the Aboriginal Land Council of Tasmania for the return of the Preminghana petroglyphs. 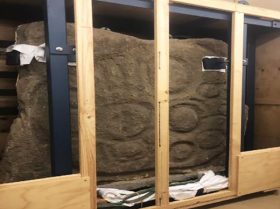 The Preminghana petroglyph in storage at QVMAG.

Both the City of Launceston and Tasmanian Museum and Art Gallery agreed to deaccession the petroglyphs.

Council creative arts and cultural services general manager Tracy Puklowski said it was clear that the petroglyphs were of “immense significance” to the Aboriginal community.

“These petroglyphs continue to hold immense cultural, spiritual and social significance, both as individual artefacts and as part of the entire site,” she said.

“It is widely acknowledged that the removal of the petroglyphs represented extremely poor practice and would not happen today. Returning the petroglyphs is seen as a process of restitution, healing and restoration of the Preminghana site.”

The rock carvings – which form part of a 20-kilometre network of carvings in the area – have been held in storage at QVMAG following their removal from the West Coast. They give insight into stories, totems, warriors, camps, and roads spanning thousands of years.