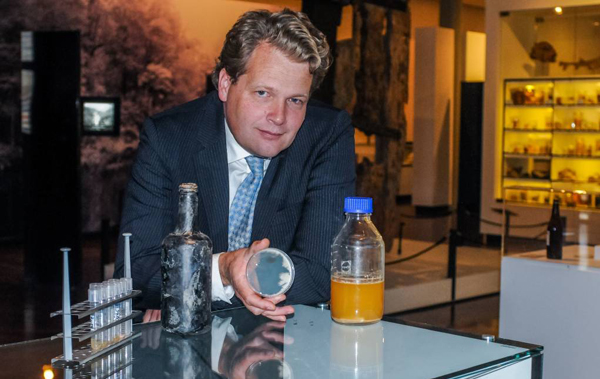 Kasey Wilkins, Australia will soon be able to try the world’s oldest beer, The Examiner, 1 May 2018

The world’s oldest beer has been recreated from yeast found in a 220-year-old shipwreck, off the coast of Tasmania.

The Sydney Cove was the first merchant ship to try and make its way to Tasmania, in 1797. It was wrecked at Preservation Island, off the North-East coast.

The ship was carrying tea, rice, tobacco, and most importantly, about 31,000 litres of alcohol.

Excavations over the past decades have uncovered many items from the Cove’s wreck, including beer bottles.

Inside the bottles, scientists found the yeast was still alive, preserved in the cold depths of Bass Strait.

Through a collaboration with the museum, LION’s James Squire, and the Australian Wine Research Institute, the yeast has been harnessed to create The Wreck Preservation Ale.

Queen Victoria Museum and Art Gallery conservator David Thurrowgood said the yeast discovery, and subsequent work, had the potential to change the way been is understood, and drunk.

“The yeast was essentially in hibernation … what we were able to do was revive that yeast in laboratories in South Australia and to get it working again as a viable brewing yeast,” Mr Thurrowgood said.

Mr Thurrowgood said he had tasted the porter-style beer, and was smooth and gentle on the palate.

QVMAG director Richard Mulvaney said James Squire was chosen as the brewer so the whole of Australia could experience the brew.

“When we announced this discovery, we had brewers from all over the world contacting us and wanting some of the yeast,” Mr Mulvaney said.

“It was the most sought-after yeast in the world. We deliberately said, we need a national brewer … to come on board so that it was available to all Australians.”

The beer will be available to taste test at the Launceston Harvest Market on May 26, and at the launch party at Saint John Craft Beer on May 31.

Royalties from the beer will fund further QVMAG research into the Sydney Cove.

See also: Australian Brewers Are Making Beer From Yeast Found on a Shipwreck