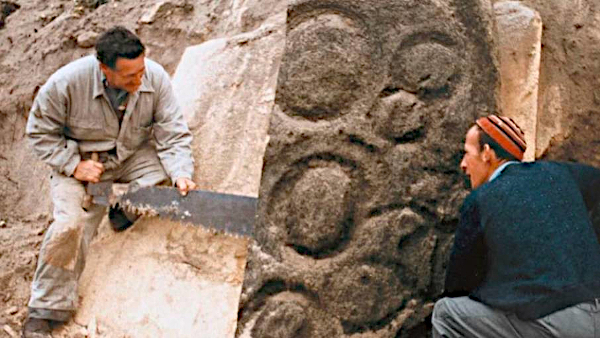 Jackson Worthington, Perminghana petroglyphs at QVMAG will be removed from the collection after council voted to begin a process of repatriation, The Examiner, 11 June 2020

The return of ancient rock carvings to the Aboriginal community has moved one step closer after the City of Launceston Council voted to remove them from the Queen Victoria Museum and Art Gallery‘s collection.

Council first received a request for the return of the preminghana petroglyphs in their possession in December last year.

Aboriginal Land Council of Tasmania chairman Michael Mansell has expressed a desire to see the items returned by September.

A permit must then be sought from the Aboriginal Affairs Minister Elise Archer to release the petroglyphs.

Councillor Tim Walker presented an alternative motion that would have seen the rock carvings returned straight to where they were taken from.

He said the Tasmanian Aboriginal community had already discussed the return of the petroglyphs so further consultation was not required.

“The appropriate body to consult with is the ALCT, who own and administer the land at preminghana where the petroglyphs were taken from,” he said.

“My greatest concern is that the process we are voting on today may mean that the wishes of the Aboriginal community, which were explicitly expressed to the general manager and to the chief executive officer, … may not eventuate.”

The alternative motion, which was supported by councillors Andrea Dawkins and Rob Soward, was knocked back in favour of the original motion due to concerns about the legality and unnecessarily delaying the process of repatriation.

General manager Tracy Puklowski said the repatriation was an evolving conversation in the world of museum and heritage.

She said there were multiple voices throughout the community about how the petroglyphs should be returned.

Cr Jim Cox said the council shouldn’t risk delaying the process by committing to something which may not be legal. “This has been ongoing for decades, this is not something new,” he said.

“There is a process to go through and possibly and probably the outcome will be the correct one at the end of the day. If we detour from that process then, I suspect it will still be going on in another 30 years, so let’s follow the process, let’s do the right thing and let’s not challenge it.”

Mayor Albert van Zetten expressed a desire to see the rock carvings returned to the place they were taken from.

The original motion was passed eight to three with Cr Paul Spencer abstaining.