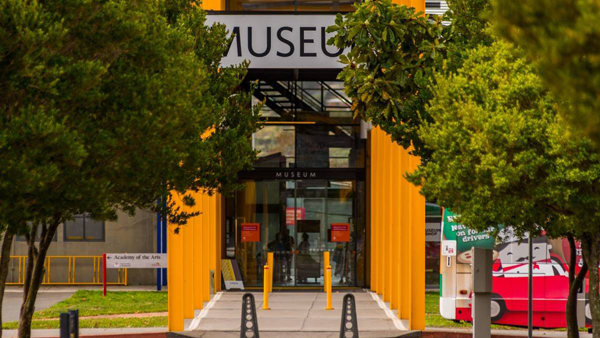 City of Launceston council continues to search for a missing Brett Whiteley painting.

The Waves V drawing was acquired by the Queen Victoria Museum and Art Gallery in 1976 and hasn’t been seen since.

During question time at last fortnight’s council meeting, Councillor Paul Spencer asked where the painting was. The question was taken on notice.

A response to the question was provided by the council’s creative arts and cultural services manager Tracy Puklowski in this week’s agenda.

“QVMAG staff are alert and aware of the mislaid work and have been instructed to look for the red Brett Whiteley seal on the work,” she said.

The council has undertaken a “thorough” physical search of the fine art store, as well as digitally searching for information relating to the acquisition, display of the painting or loaning of the Whiteley.

Previous staff members employed when the work was acquired have been contacted. The council has also contacted the Art Gallery of New South Wales where it was displayed prior to acquisition.

“A QVMAG collections officer specialising in history, has searched the QVMAG archives in his care and located further evidence it was receipted in 1976. No further files or information have been located in the archive yet,” Ms Puklowski said.

“Tas Police were alerted to the missing work, but are unable to activate an investigation at this stage due to QVMAG being unable to confirm with certainty that it is not on QVMAG premises.”

The response confirms the location of the painting is “currently unknown”, but a “strategic” approach to conducting an audit of the collections is currently underway.

Ms Puklowski said there is only one missing work.

“The Whiteley drawing is missing from the fine art store, but it may be in another store or location on QVMAG property,” she said.

“QVMAG are not currently aware of any other mislaid works from the collection.”

“Being mindful of these resources, a structured plan, procurement process and framework will be implemented,” Ms Puklowski said.

“This is an ongoing piece of work, but is vital to the eventual outcome of fully digitised collections which will create unprecedented access to our cultural treasures.”

The drawing was recorded as having entered the museum’s collection when purchased in 1976 for $800, but there has been no further record of it since – and it has never been displayed.

The value of Waves V is unknown, however works of similar media, content and size have recently sold from anywhere between $20,000 and $30,000.

More than 200,000 individual items are in QVMAG’s collection.