You are here: Home » Articles filed under: 'News' » Article: 'Ramses the Great ends Pharaoh’s curse for AM'

Ramses the Great ends Pharaoh’s curse for AM

June 25th, 2021 | Browse other: News. | Tagged with: Australian Museum, Ramses the Great and the Gold of the Pharaohs | 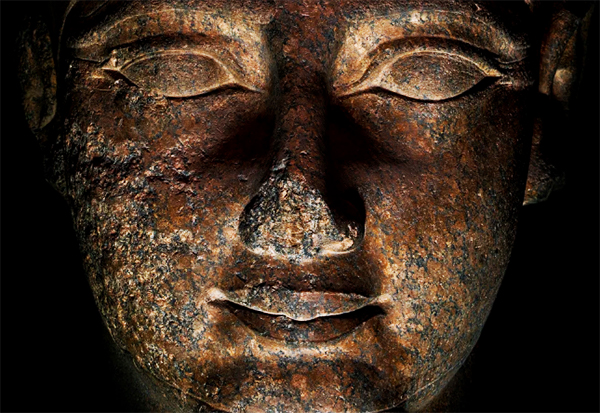 Treasures from the reign of Ramses the Great will visit Sydney as part of a $40 million fund created to revive the city’s season of big-ticket blockbusters, which took a hit during the first year of the COVID-19 pandemic.

The Australian Museum has locked in a new exhibition that showcases 183 rare objects from the Egyptian Museum in Cairo after its highly anticipated King Tutankhamun blockbuster scheduled for this year was cancelled.

Ramses the Great and the Gold of the Pharaohs will arrive in November 2023 on a 10-city international tour that opens at the Houston Museum of Natural Science later this year.

At the same time, the Australian Museum is developing an in-depth look at apex predators of the world’s oceans, with plans to export SHARKS to international audiences in the United States and Europe.

It will also commit $119 million to revamp Macquarie Street and surrounds – including an “iconic” public plaza between the Sydney CBD and The Domain.

As part of the project, the heritage-listed Registrar General’s Building will be repurposed and the government will consider turning it into a museum in line with the recommendation of a review conducted last year by former prime minister Paul Keating and former lord mayor Lucy Turnbull.

Treasurer Dominic Perrottet said the transformation of the southern end of the street would create a vibrant cultural destination by day and night, and showcase attractions such as The Mint, Hyde Park Barracks and The Domain.

“Macquarie Street is part of the very foundations of modern Sydney and these historical spaces should be celebrated and enjoyed not locked away and hidden from view,” he said.

Mr Keating backed the announcement as “a true plan to revitalise the historic heart of Sydney”.

Treasurer Dominic Perrottet said this year’s budget will also include $220.6 million for cultural institutions, with funding to complete the Sydney Modern project and critical upgrades across all major institutions.

The NSW government is also supporting free general admission to museums and galleries in and around Macquarie Street for the next 12 months – including Sydney Living Museums and the Australian Museum – as part of a push to revitalise the CBD and make arts and culture more accessible to all.

The $40 million Blockbuster Funding Agreement will allocate $10 million a year to the state’s cultural institutions and organisations to help pay the cost of transporting collections to Australia, promoting exhibitions and helping with installation and insurance, Arts Minister Don Harwin said.

Conversely, Mr Harwin said, the fund would help the state’s artists and galleries to develop homegrown shows for export.

“We can bring Alexander McQueen’s designs to NSW and take Catherine Martin’s collections around the world,” he said.

The Australian Museum will premiere SHARKS in Sydney in the winter of 2022. Afterward, it will tour the US and world cities, said the museum’s director and chief executive, Kim McKay.

“This funding will help the Australian Museum to premiere and globally tour one of the largest, most ambitious glimpses into sharks that any museum has ever produced,” she said.

“The Australian and Pacific relationship with sharks is completely unique – we know them, we understand them, we live with them every day, and we’re going to share this with the world.”

Ramses the Great and the Gold of the Pharaohs is billed as the largest collection of Ramses II items ever to leave Egypt.

The exhibition is supported by Egypt’s Ministry of Tourism and Antiquities, with Egyptian archaeologist Dr Zahi Hawass as its curator.

Ramses II, also known as Ramses the Great, ruled for 66 years, the second-longest reign in ancient Egyptian history. His rulership, which some historians place at the time of the Exodus of Jews from Egypt, coincided with a period of great monuments building. He amassed one of the largest and richest burial chambers in the Valley of the Kings and was responsible for Karnak and Abu Simbel.

The exhibition is said to boast the first virtual walkthrough of Ramses II’s famous temples. It will also include the first full-length documentary ever produced on Ramses II’s tomb.

The NSW government and philanthropists spent $57.5 million to expand the Australian Museum so that it could stage the Tutankhamun blockbuster and accommodate peak predictions of nine new visitors a minute.

Billed as the “largest and most impressive” Tutankhamun exhibition ever to leave Egypt, it was to have celebrated the 100th anniversary of the discovery of King Tut’s tomb and included 60 objects not seen outside Egypt before. But the artefacts went into storage after COVID-19 shut down London’s Saatchi Gallery, and they were then recalled by the Egyptian Ministry for Antiquities.