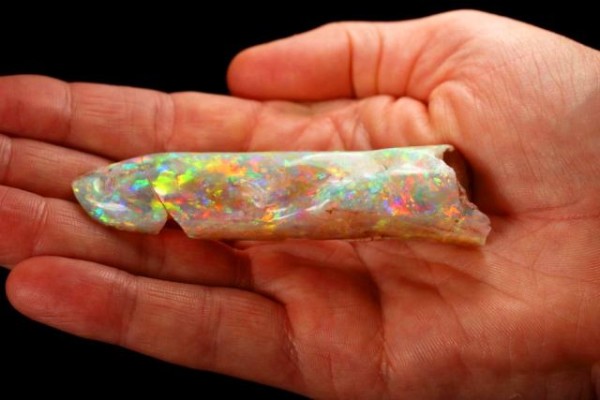 The Candle of Life, estimated to be worth $345,000, was among those opals donated to the SA Museum. Source: Tony Lewis, SA Museum.

More than $1 million worth of rare opals have been donated to the South Australian Museum.

The donations were a spin-off from the museum’s recent opal exhibition which broke records in both visitor numbers and revenue.

The donated items included an opal called the Candle of Life, which is an opalised belemnite “pipe” derived from fossilised remains of a 100-million-year-old cuttlefish.

Nick Kollias is an opal valuer and said the recent exhibition – marking the centenary of the first opal find in SA – was culturally significant as the number of opal miners was steadily falling.

“Most of the rarest and most valuable opals, opal specimens and opal fossils are in private collections and very difficult to secure for public exhibition,” he said.