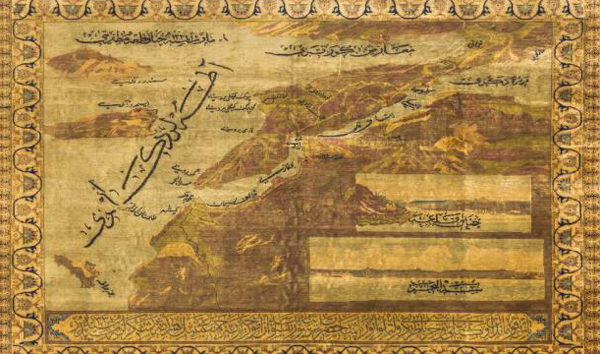 The rare carpet bought by the Australian War Memorial.

Call it The Water Diviner effect. The Australian War Memorial has signalled a new era for its collection with the purchase at auction of an extremely rare silk carpet made to commemorate the Turkish army’s victory over Anzac, British and French troops at Gallipoli.

The Russell Crowe movie released in 2014 presented a more nuanced view of the Great War than was traditionally told in Australia. Now the nation’s chief military memorial has sought to include its opponents’ point of view in its collection too.

“This sort of artefact going into the collection of an Australian institution is a fairly recent pheno­menon. There’s a new breed of younger historians who see light and shade,” said Susan Scollay, the oriental rug expert for Mossgreen, the auction house that sold the work.

How one of the Ottoman empire’s last great carpet commissions came to be in Australia and up for public auction in Sydney on April 2 is a remarkable story.

It was made in 1916 for Ismail Enver, the defence minister when Turkey’s forces conquered the allied troops in the Dardanelles.

Mustafa Ataturk was troop commander and the acknowledged mastermind of their triumph. In the months after the victory, both men were presented with the extremely fine carpets commemorating it.

The 1m by 1.5m landscape design depicts a detailed battlefield inscribed with the words “to commemorate the victory at Canakkale (Gallipoli)”.

Ataturk’s rug is preserved in the Military Museum in Harbiye, Istanbul.

Enver married a princess but died young. His son Prince Sultanzade Ali Enver inherited the rug and brought it with him when he migrated to Australia.

In 1971 he was killed in a car accident, leaving a daughter and widow, one of whom then sold the rug to the late Sydney pioneering carpet seller Jacques Cadry.

Cadry’s is a well-known family carpet business founded in Sydney’s eastern suburbs by the Persian émigré and still run by his family.

A second carpet depicting Ataturk failed to find a buyer and the Cadry family has decided to donate it to the War Memorial.

Both items will be unveiled before Anzac Day.