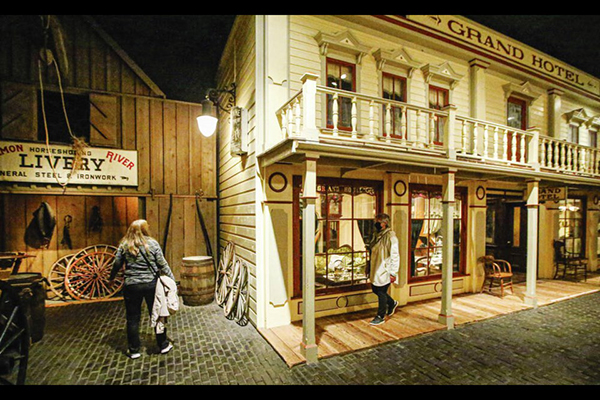 Half of museum’s gallery space will be closed to public; overhaul expected to take years

The decision to get rid of the Old Town and other European settler history displays at the Royal B.C. Museum is a step toward eliminating racism at the institution and reconciliation with Indigenous people, says the chief of the Tsartlip First Nation.

“I’m surprised and I didn’t expect the announcement,” Don Tom said. “It addresses some of our concerns about racism at the RBCM. It’s a step in the right direction, but there is much work to do.”

The museum announced Wednesday it will close its third-floor galleries — which includes First Peoples displays — in January to start the process of “decolonization.” The main floor and second-floor natural history and special exhibit galleries will remain open, along with the IMAX theatre. 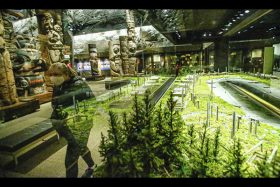 Daniel Muzyka, the ­museum’s acting CEO, said the ­process means the exhibits in the ­Becoming B.C. Gallery ­chronicling early European ­settler history — including the Old Town replica, ­displays on the logging and ­fishery industries and Capt. George ­Vancouver’s ship, ­Discovery — will disappear. But elements of those displays will ­eventually return in a new form as the museum develops a “new ­narrative.”

The First Peoples gallery will undergo massive changes as well, he said, as artifacts and displays are curated by First Nations and presented with perspectives from “living history.”

The process could take years, Muzyka said, as consultations begin with “all voices from British Columbia” on how to redesign and curate the third floor. Until it’s complete, the third floor will remain closed.

Discussions will include First Nations from across B.C., Métis people and those of South Asian and Chinese heritage, who all played roles in the province’s history, said Muzyka.

The Royal B.C. Museum came under scrutiny and apologized in July to a former staff member who cited a culture of racism and discrimination. Independent investigators hired by the B.C. Public Service Agency interviewed museum employees and reviewed hundreds of documents, including emails and text messages, human resources documents, museum policies and financial documents.

The museum, which was created in 1886, also recognized that some displays are an “offensive and inadequate representation of Indigenous history.”

Jack Lohman stepped down as CEO in February. 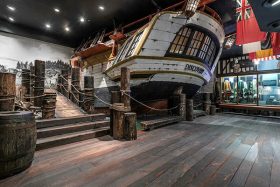 “This is necessary to begin the long-term work of creating new narratives that include under-represented voices and reflect the lived experiences and contemporary stories of the people in B.C.”

The museum, operated by the province and a board of directors, said the changes are in response to a call to action from Indigenous leaders to “ensure the museum is a welcome place for everyone.”

Minister of Tourism, Arts, Culture and Sport Melanie Mark said in a statement that for too long, museums have been colonial institutions that “exclude others from telling their own stories.”

Minor closings will begin this month in the mezzanine area on the third floor, leading to a full closing on Jan. 2.

The museum said the phased approach will allow British Columbians to plan a visit before Dec. 31 to see the exhibits as they were originally built.

Displays such as Old Town have long been among the museum’s most popular, but Muzyka said the changes are essential to present a more accurate history for generations to come.

“We will decant the collection and we will do it carefully and openly and inclusively,” he said. “We will listen. We want to tell the stories from the lived experience.”

Muzyka said sections of the natural history floor will also be re-examined, with potential additions from a First Nations perspective.

Tom said he welcomes the changes. “For me personally and [the Tsartlip] it presents an opportunity to educate the wider population about the real history of B.C.,” he said.

During the third-floor closing, museum staff will ­continue to offer webinars, online learning and virtual tours. The museum also plans to expand its provincial travelling exhibition and pop-up exhibit programs, ­including installations in ­atriums, storefronts and retail malls across Greater Victoria.

Muzyka said the new Royal B.C. Museum Collections and Archives building, to open in Col­­wood’s Royal Bay in 2025, will give the museum a chance to expand displays of its collections.