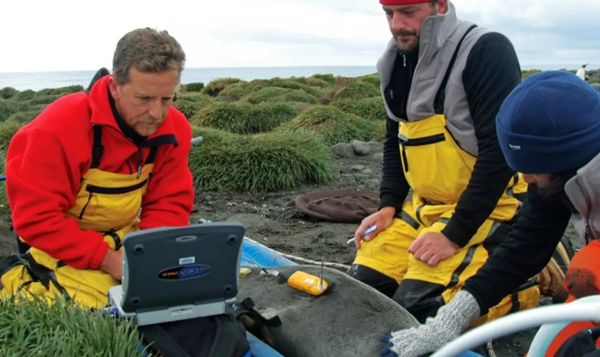 The Morrison government has picked Kim Ellis, an army veteran and the chief of Sydney’s Royal Botanic Garden, to lead the Australian Antarctic Division as it enters “an exciting new era of research”.

Mr Ellis, an ex-logistics specialist with 20 years service in the military, replaces Nick Gales who joined the Antarctic division in the 1980s as a veterinary scientist studying elephant seals and penguins before his appointment as director in 2015.

“Currently the executive director of Botanic Gardens and Centennial Backgrounds in NSW, and having led a diverse range of high profile government and science organisations, Mr Ellis brings a wealth of experience to this position,” Melissa Price, the federal Environment Minister, said.

It is understood Dr Gales helped advise the selection panel that nominated Mr Ellis. The parkland chief’s experience included visiting Antarctic at least once in a logistics support role.

The role ranges from international diplomacy deals with rival claimants on the icy continent, to overseeing the deployment of assets ranging from snow tractors and aircraft to the new $500 million icebreaker RSV Nuyina.

While research is a key priority of the division, only a minority of agency heads have been scientists.

Australia’s funding of Antarctic and Southern Ocean science was briefly buffeted in 2016 by proposed deep cuts to CSIRO’s Ocean and Atmosphere division that included plans to close its ice lab in Aspendale on Melbourne’s south-east.

Public outcries from home and abroad – and some quiet diplomacy by Antarctic Division staff – helped to block the proposed cutbacks.

Mr Ellis will serve in his current role until February 1.

The parks are “much more than a wonderful place to go: they contribute a great deal of scientific knowledge and understanding about the plant world and are important to the preservation of endangered plant species”, Ms Upton said, adding the government will undertake an international search to find Mr Ellis’ replacement.

Clive Austin, chairman of the Foundation and Friends of the Botanic Gardens said Mr Ellis had “always been a great supporter” of the group.

“Kim Ellis is a very popular leader whose vision and hard work ensure a very exciting future for the gardens,” Mr Austin said. “The three gardens have become global destinations being recognised as some of the leading botanic gardens in the world.”