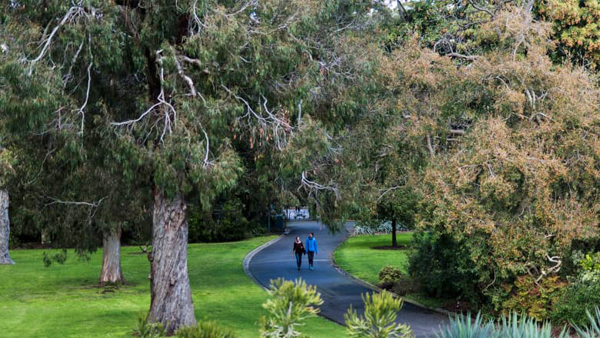 Victoria’s Royal Botanic Gardens have received their biggest funding increase in more than 20 years after the State Government unveiled a $27 million package over five years, expected to lift annual visitor numbers from 1.9 million to 2.3 million by 2023.

The funding – to be spent across the Melbourne and Cranbourne gardens – will be used to create 18 jobs, repair the roofs of the Observatory buildings, replace the doors of the Tropical Glasshouse, create new paths and signage, improve irrigation and lighting, remove weeds from waterways and generally help safeguard more than 8000 species of rare and unusual plants.

Robin Penty, executive director of engagement and impact, says RBG Victoria is still seeking “significant additional State Government funding” to invest in a “world-first nature and science precinct” at the Melbourne site, which would become the new home for the state botanical collection – currently housed in the National Herbarium of Victoria – and a nature-learning centre.

Roraima Nursery in Lara and the Geelong Botanic Gardens will be the main stops in a self-drive tour organised by Encouraging Women in Horticulture for July 21. The all-day event starts at Roraima at 10am and some car-pooling will be available. The event costs $15/$10 members. Email events@ewha.com.au for more information or to make a booking.

Horticulturalist Merilyn Kuchel, a long-time committee member of the Australian Garden History Society and the South Australian coordinator of the Australian Open Garden Scheme, was awarded an OAM in this month’s Queen’s Birthday Honours list. Kuchel, who recently became President of the Friends of the Botanic Gardens of SA, was recognised for her service to horticulture and botanical organisations.