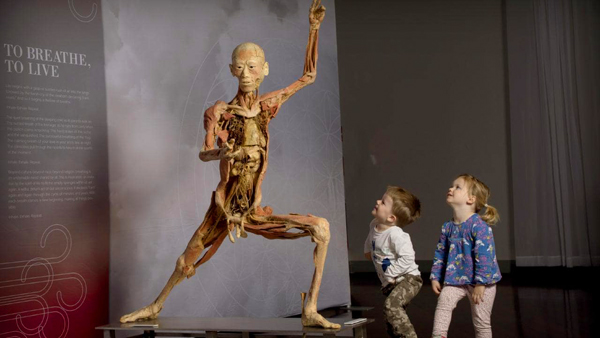 The producers of Sydney’s Real Bodies The Exhibition have rejected claims the show is unethical, comparing their display of human organs and cadavers to a museum showcasing mummies.

The exhibition at Moore Park features more than 200 organs and 20 bodies and has attracted criticism from the Royal Australasian College of Physicians, which questioned whether the donors had given consent to ­participate.

“Real Bodies The Exhibition has never been banned, nor has it ever been found to violate ethical standards in any of the countries it has visited,” Mr Zaller said.

He said the company welcomed “healthy and natural” debate around the ethics of displaying real human bodies for educational purposes in a museum setting. “But we ask those who feel that Real Bodies The Exhibition poses any ethical violation: would the same complaints be happening if a museum were to put a mummy on display?” Mr Zaller said. “There is no difference between that and the specimens on display in Real Bodies The Exhibition.”

The exhibitors say the specimens are all unclaimed bodies that have been donated by relevant authorities to medical universities in China. A briefing note supplied by Imagine Exhibitions says the exact process of determining whether a deceased individual has next of kin varies from province to province, but the average time frame in China for a body to be designated unclaimed is about 30 days. There is then a minimum three-month wait before an unclaimed body can be donated for teaching or research.

The company said specimens were donated legally, were never prisoners of any kind, showed no signs of trauma or injury, were free of infectious disease, and had died of natural causes.