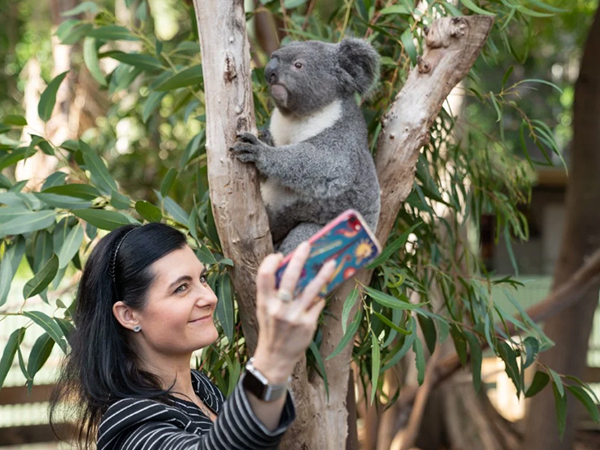 Smithsonian chief scientist Rebecca Johnson snaps a selfie with one of her most enduring research subjects, the koala, at Australia’s Featherdale Wildlife Park. Nicholas Langley.

Few species inspire as much adoration as the koala. Thanks to their cuddly charm, these Australian marsupials are global celebrities, inspiring everything from plush toys to cartoon characters. Koalas are also biologic curiosities due to their languid lifestyle—to process their low-energy diet of toxic, difficult to digest eucalyptus leaves, koalas spend between 18 and 22 hours a day sleeping—and assortment of strange traits, including multiple opposable thumbs on each hand, human-like fingerprints, upside down pouches and sticky scent glands.

While koalas are iconic, these marsupials still hold a myriad of secrets, most of which are locked away within their genetic code. And in recent years, researchers have become increasingly interested in exploring these genetic depths as threats like wildfires, habitat loss and deadly diseases decimate koala populations around Australia. Studying the koala genetic code is crucial to ensuring these marsupials bounce back and maintain their diversity.

This was the impetus for Australian scientists to launch the Koala Genome Consortium in 2013. Conservation geneticist Rebecca Johnson, the Associate Director for Science and Chief Scientist at the National Museum of Natural History, led the ambitious project during her previous stint as chief scientist and director of research at Sydney’s Australian Museum. Over the course of five years, Johnson and her team mapped and described nearly 26,600 genes comprising the entirety of the koala’s genetic code, or genome (by comparison, humans have somewhere between 20,000 and 25,000 genes in their genomes).

September 30th (which also happens to be Johnson’s birthday) is Save the Koala Day, a holiday created by the Australian Koala Foundation to raise awareness for the plight of these marsupials, who are currently listed as “vulnerable to extinction” in Australia. To mark the occasion, Smithsonian Voices spoke with Johnson to learn more about her pioneering research and why genetics is such an important conservation tool for saving animals like koalas. 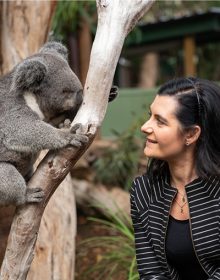 As the chief investigator of the Koala Genome Project, Rebecca Johnson was not only tasked with describing the koala genome but also coordinating the first effort to sequence an entire mammal genome by an Australian based and led team. Nicholas Langley.

When people hear the word “Australia”, one of the first things they think of are koalas. As a native Australian, what about these quintessential marsupials first captured your interests as a researcher?

The word koala immediately brings Australia to mind. That’s probably because koalas are in fact unique to Australia — they’ve never existed anywhere else! And over their evolution (30-40 mya), there have been as many as 15 to 20 species of koalas that existed in Australia. These included koala megafauna, which would have been pretty amazing to see.

What first sparked my interest in koalas as a researcher was getting constant questions about the species’ longevity. Because koalas constantly come into contact with humans — they live on the coast in Australia which is also where humans like to live — they are at the pointy end of urbanization and its impacts. As a conservation geneticist, I would regularly get questions about the diversity of certain koala populati

Your research investigates these marsupials from a genetic perspective. Why was analyzing the koala genetic code so important for refining our understanding of the species?

Many people have studied koalas, but there was no genome for the koala. And around the time we started the project it was becoming obvious that sequencing the genome would be a really valuable resource for understanding the koala as well as provide a valuable tool to study the entire genetic makeup of the species.

We also lacked close genetic comparisons. When the koala was sequenced, it was only the fourth marsupial to ever be sequenced, after the opossum, wallaby and Tasmanian devil. But koalas exist on their own branch of the marsupial family tree — their closest relative is the wombat, and they are estimated to have shared a common ancestor that diverged around 40 million years ago. Meaning they haven’t had a close relative in a long time.

Once you have a genome, the world opens up for all the questions you can ask. We particularly wanted to study the genome to see if there were any features that might help explain their interesting behaviours or lifestyles. 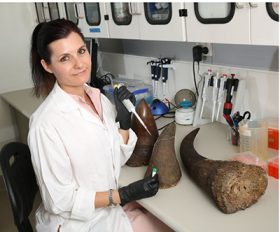 In addition to her conservation genetics work with koalas, Johnson also specializes in wildlife forensic science and lends her expertise to examining commonly trafficked animal parts like these rhino horns. Damien Shaw.

As the leader of the Koala Genome Project, you were instrumental to sequencing the first complete koala genome. What insights did you discover inside their genetic code?

We wanted to see if the koala genome could help us explain how they live what could be described as a pretty niche lifestyle. Koalas have a highly-specialized diet of mainly eucalyptus leaves — If we ate the volume of eucalyptus leaves that koalas do, we would die for sure because they’re loaded with way too many secondary metabolites (or toxins for us), which is one methods plant’s use to make them less appealing as a meal. Koalas are well known to be able to consume this low calorie food in large quantities so they must manage to detoxify them in some way.

In the genome, we discovered that they have many copies and versions of detoxification genes. Where us humans also have a suite of them, koalas have many, many more and more variants. These gene duplications probably arose early on in their evolution, allowing them to exploit their niche diet of eucalyptus leaves, which few other animals eat exclusively. So it potentially helped them establish themselves in the ecosystem as specialists.

They also suffer from a range of diseases, especially chlamydia. We had collaborators who were interested in describing the koala immune genes including how this knowledge might be useful in development of a vaccine to combat chlamydia infections in koalas. Immune genes are a fascinating group of genes — they are extremely complicated and quite unique to specific species as well as showing a lot of individual variation. So to understand the koala immune genes, we really did have to understand the koala genome as a whole. 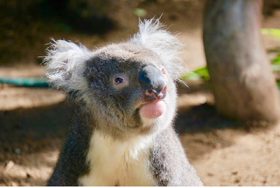 While koalas have poor eyesight, they have fine-tuned hearing and a strong sense of smell. During mating season, male koalas will rub a scent gland on their chests against a tree, emitting a strong musk to entice nearby females. Jack Tamisiea

Sequencing the koala genome also marked a milestone in Australian research — no Australian-led team had ever sequenced an entire mammal genome before. What was it like to lead this pioneering effort?

Sequencing a genome requires a lot of very different skills and high end equipment and computing power. I and the team thought it would be a valuable thing for Australian researchers to learn how to do and develop as a collaborative team. And because we all had our own research interests in koalas (mine being population genetics), we interrogated that genome so much and learned so much about koalas and asked many questions of that genome I think our group really felt like they significantly advanced their understanding of koalas thanks to the genome.

Did this project influence your outlook for koala conservation in general?

Our goal was to use the most cutting edge techniques and data to answer what could be considered basic conservation questions around the population diversity of koalas. Most conservation geneticists operate on the basis that maintaining genetic diversity as high as possible (thereby a lower instance of inbreeding), is more optimal for the long-term health of the population. So sequencing the genome was a basis for understanding the diversity of koalas at the whole genome level. Once we had a reference koala genome we set about comparing it with as many koala populations as possible across Australia to get the broadest possible picture.

The good news is that the diversity of koalas still remains reasonably high. Our goal would be to preserve as much of the remaining genetic diversity as possible to give koala populations the best long term chance of survival. Every way you look at this picture these animals are definitely still worth saving. 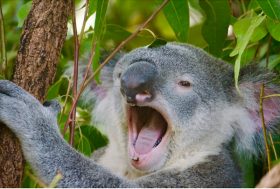 Digesting their diet of toxic eucalyptus leaves saps koalas of most of their energy. As a result, they spend up to 22 hours of their day sleeping. Jack Tamisiea.

As the museum’s chief scientist, you have a lot on your plate. Are you still able to keep up your genetic research on koalas and other at-risk species?

As the museum’s chief scientist, I would say that these days I’m mainly a cheerleader for genomics along with the incredibly valuable role that museum collections play in understanding our world and helping to conserve it. The role of museum science is so important through the collections and expertise within our world and how those help us to understand the past as well as inform the future. From a conservation perspective, our collections provide an unparalleled resource as they house representatives of endangered and extinct species that are still available for study and can hold the key to help us avoid repeating the mistakes of the past.

These days, I couldn’t be happier to see other researchers using the koala genome and building upon it to learn new things and make great leaps with new knowledge and data that can help the koala as well as many other endangered species.