You are here: Home » Articles filed under: 'News' » Article: 'Reconstructing the past' 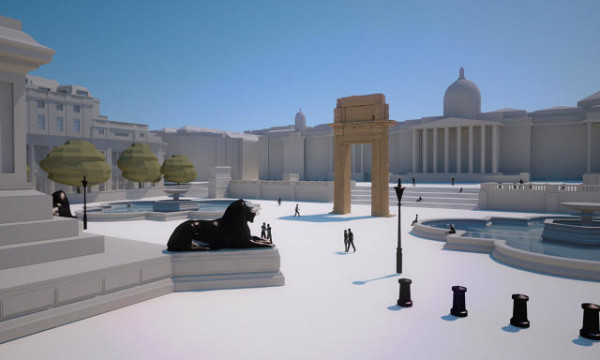 Digital reconstruction of the archway to the Temple of Bel.

In a project led by the Institute for Digital Archaeology, technology paves the way for a new form of cultural preservation.

After gaining control of Syria’s ancient city of Palmyra last year, the militant group ISIS bombed and nearly destroyed the 2,000-year-old Temple of Bel, one of the city’s significant religious buildings. Now, as part of an ambitious digital preservation effort, a 3-D printed replica of the monument will be built in both New York City and London this spring.

The project is being led by the Institute for Digital Archeology, a joint venture between Harvard University, the University of Oxford, and Dubai’s Museum of the Future, which promotes the use of digital imaging in archaeological conservation. Using thousands of archived photographs of the temple, IDA researchers have digitally reconstructed the 50-foot-tall concrete archway that marks the entrance to the temple. The replicas will be printed in parts then assembled at Trafalgar Square in London and Times Square in New York, where they’ll serve as the centerpiece for world heritage week in March.