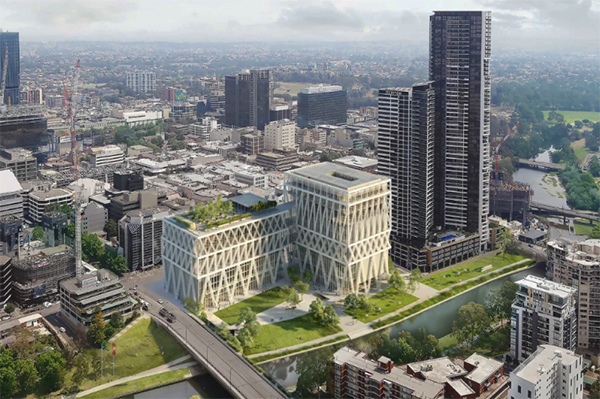 The Parramatta Powerhouse has been redesigned smaller, potentially saving the Berejiklian government tens of millions of dollars.

Presentation spaces on all but one level of the new museum have shrunk according to the latest architectural plans prepared by Moreau Kusunoki and Genton.

Architects and planners consulted by the Herald estimate the reduced floor space would slash construction costs by between $20 and $60 million. With other changes, the savings could exceed $90 million.

The Government did not challenge the assessments, saying detailed construction costs would be confirmed during the tender process.

Parliamentary papers show museum planners have been striving for savings to keep the new museum within its $840 million budget.

The ground level presentation hall that was to have exhibited suspended aircraft has been cut by one third from 2759 sqm to 2192 sqm, with a reduction in height of the doorwalls that open the space to the river.

The number of apartments available to researchers has been reduced from 40 to 30 to create a “more operationally efficient and usable area”. 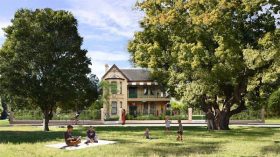 Greater setbacks to the river and fronting the CBD provide for a more “generously scaled public domain”, Moreau Kusunoki and Genton say. The museum’s signature latticework pattern, initially unflatteringly compared to that of a structure of milk crate, has been refined with additional cost savings.

The government announced earlier this month its plans to demolish the former maternity hospital Willow Grove and rebuild it in North Parramatta. Some of the mature trees within the villa’s curtilage are to be retained in the revised plans.

More generous setbacks from the river and the CBD improve the museum’s relationship with surrounding buildings of the Parramatta CBD, architects say.

The civic link, bringing pedestrians from the rail station through to the river, is 11.5 metres at its narrowest point, almost half that which Parramatta Council had specified as part of its clearance of the design brief. Council declined to comment ahead of its formal response to the museum’s redesign.

Overall, the museum has lost 3,000sqm in floor space, twice the size of the Australian Museum’s new Grand Hall. In addition, it has lost volume with the height of the walls of the east and west wings.

“That’s like a whole level of the building being taking off and there would be significant savings in that,” one architect said, who did not want to be named because of their involvement in other government work.

“In essence, it’s the same building but it’s been rationalised. They have improved the public domain at street level by reducing the floor plate of the building, by increasing the setbacks, by retaining some of the trees adjacent to Willow Grove, having a gracious, gently sloping bank and by reducing the height of building which reduces overshadowing. It’s a better scheme, no question.”

In 2018 NSW Premier Gladys Berejiklian committed to 18,000 square metres of exhibition and public space which was to be larger than the space set aside at Ultimo.

A total of 11,159 sqm has been set aside as presentation spaces in the revised designs, plus 1,581 sqm for education, 1072 sqm in retail and 1,258 sqm in accommodation, the architectural plans show. Back of house spaces, front of house circulation spaces, staff areas and public toilets make up the rest of the 24,516 square metres of overall floor space.

Infrastructure NSW, the agency in charge of the project, said the government was committed to delivering a “world-class Powerhouse Parramatta in the geographical heart of Sydney” with more than 18,000 sqm of exhibition and public space. “The updated design meets that commitment,” a spokesperson said.

The design changes have been made to improve museum operations and visitor experience in response to feedback to the Environment Impact Statement.

The construction contract for Parramatta Powerhouse has already gone out to tender. The contract to clear the riverside site is separate, a move that could potentially sidestep the green ban imposed by the Construction, Forestry, Maritime, Mining, and Energy Union (CFMEU) on any demolition of Willow Grove.