You are here: Home » Articles filed under: 'News' » Article: 'Reflections on social enterprise' 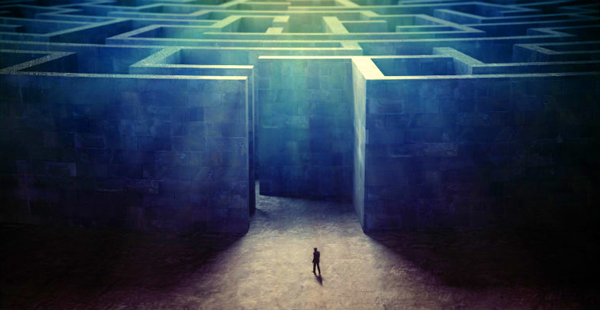 Alan Kay, from the Social Audit Network, reflects on the changes that have happened in the social enterprise sector over the last three decades as he contemplates his retirement.

“The role of a retired person is no longer to possess one”. – Simone de Beauvoir

I have been thinking about retiring but with the above quote in mind. I do not want to lose my “role” in society. I recognise that my role will change and, perhaps because of this, I have been reflecting on the changes that have happened within the social and community enterprise sector – an area I have worked in since 1988.

The essence of this “area” is how organisations can trade in goods and service to maximise social and community benefit. Mulling over the progress made by the sector in the last 30 years has got me wondering whether or not the world of social enterprise has lost its way.

Since the 1980s when I first started to work with community-owned businesses in Scotland, there have been huge and undoubtedly positive developments. The idea of enterprises and trading businesses having a central social purpose has become much more acceptable – the proverbial person on the top of the No. 33 bus is now more aware of the term “social enterprise”.

Furthermore, governments now see the potential of enterprises delivering a care-bound service and are trying to support them with policies, strategies and the offer of funded contracts. The prevailing infrastructure (sometimes called “eco-system”) working with social enterprise is more developed that ever before, and encouragingly, more and more young people want to work within, and start, companies that create a better and fairer society.

Many of the winds of change in the sector have been positive. So, why am I left with a nagging negative feeling that the social enterprise “movement”, if that is what it is, has lost its way?

There are three areas that cause concern.

Firstly, there is no widely agreed definition for a social enterprise. Instead, there are many slightly different definitions – some are loosely defined and “broad church”; while others are very specific.

Without a widely acceptable and recognised definition, it is difficult to say what is a social enterprise and what is not. This means that some private businesses can self-declare themselves as social enterprises while their trading surplus finds its way eventually into the pockets of its owners. At the same time, there is a push to encourage organisations that are patently charitable and dependent on volunteer work to make money when there is little or no money to be made.

In my view this lack of a clear definition has hampered the expansion of the social enterprise sector.

In Scotland, there has been an awareness of this problem and many social enterprises and support organisations have signed up to the Voluntary Code which provides a helpful definition. The code recognises five basic criteria for social enterprise, and in a short appendix, identifies some less “defined” values/behaviours/influences familiar to the social enterprise movement.

Although this has helped, the code is constantly coming under attack from those that want “social enterprise” to include a wider range of companies – many of which are patently privately owned.

This tug of war over definitions is really a political battle – with those on the “right” pushing for privatisation of services; and those on the “left” wanting to retain the benefits from trading entirely for the wider social good.

Secondly, there is an issue over whether or not a social enterprise exists to primarily benefit the individual or the community.

Over the last 40 years or so there has been a switch in thinking of society in a collective way where there is concern for the common good, to one where the individual is paramount.

Society is now increasingly no longer structured in collective ways where there is a stress on the relationships between people to one where the individual needs are paramount.

Mutuality, reciprocal working and looking out for the less fortunate has not disappeared – but it has been given less importance. We are a society more obsessed with the Self; and less with the Group.

Thirdly, there is a danger that the social enterprise sector is losing its purpose and overall essence.

I think there are three sub-areas of concern here, namely:

Adoption of neo-liberal economics: Funding is no longer trustingly given to organisations in the third sector. They have to compete for it causing divisions between similar organisations which due to their often, precarious financial existence should be collaborating and working together for the common good. Added to this is an expectation that growing an organisation is the only way to survive – biggest is best. This is often not the case as smaller, locally-based organisations with strong collective bonds are often more effective as they understand, and work within, the local context.

Over emphasis on management: In the 1980s there was a root and branch re-organisation of the public sector with the introduction of overt marketisation. This encouraged an emphasis on management, reflected in ambitious workers doing MBAs and learning how to manage departments and, indeed, voluntary organisations. The methods of traditional business were swallowed wholesale and not sufficiently adapted to the delivery of social needs. These days it has become entirely acceptable that numbers and finance became the currency of tracking qualitative social change.

Focusing too much on “innovative” technology: This is a tricky one as technology itself is not a concern – but rather it is how it is applied. Computers have had a huge influence on how we work and how we organise what we do. There has been, in my view, too much focus on how we deliver what we do and not enough emphasis on why we are doing it. In effect, there is a danger that the technology dictates the delivery and our sense of caring is subsumed in overly concentrating on method.

I am not sure if I have any answers to any of these concerns about the future direction of social enterprise.

Social and community enterprises can try and keep a grip on what they do by building in to their structure time for reflection.

Social Accounting and Audit (SAA) is an integral way of keeping track of what an organisation is doing, how it is doing what it does, who it works with, and most importantly why it is doing what it does. SAA is not complex. It is a process which reports on the approach of an organisation, its values and procedures, as well as expecting regular reporting on the positive (and negative) change that happens as a result of the organisation’s actions.

It is about being accountable – not just to a funder or to an owner, but to all the key stakeholders. It is about helping to hold on to the essence of what they are as a social or community enterprise – and to keep focused and not drift from their core mission.

Returning to the original quote at the start of this blog. I think at every age we should build in time for reflection on what has worked and what has not. The term “social enterprise” is often overused, becoming more diluted and in danger of becoming a meaningless term. The social enterprise “movement”, behind the term, is, I think, beginning to lose its way.

But we still have time to address this… well you do! I am off to retire.