You are here: Home » Regions
All pages in the 'Regions' section: Maps 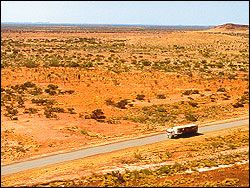 Questacon’s Science Circus on the Road

Most CAMD’s museums are found in capital cities.  In Australia, in particular, this puts a lot of distance between the museums and the bush.  Making sure the magic of museums flows to regional and remote areas requires a number of strategies.

There are, of course, some CAMD museums which can be found in regional towns and cities. New Zealand has Auckland War Memorial Museum; Canterbury Museum (Christchurch); and Otago Museum (Dunedin).  In Australia, CAMD museums outside the capitals include Sovereign Hill, Ballarat, the Queensland Museum network in Townsville, Ipswich and Toowoomba and various Western Australian Museum sites along the coast and in the hinterland at Fremantle, Geraldton, Kalgoorlie-Boulder and Albany.  History SA and the Historic Houses Trust also have sites in regional towns.

We come to you

For both city-based and regional museums, travelling exhibitions and on-the-road public programs are critical ways to reach audiences outside metropolitan areas.  In 2010-11, over 70 exhibitions from CAMD museums went on tour in Australia, attracting more than 3.4 million visitors in other cities and regional and remote areas across the continent as can be seen in the following map.

In the same period the National Museum of Australia attracted over 617,000 additional visitors to eight exhibitions which travelled interstate to a wide range of cities and towns. Questacon exhibitions pulled in over 448,000 enthusiasts while the Australian War Memorial had 298,000 visitors to the exhibitions it loaned to other venues.  Familiar sites such as small museums, galleries, libraries, cultural centres, RSL Clubs, councils and schools were utilised to encourage access and participation.

Travelling programs are also highly popular.  To take two examples: over the last ten years, the South Australian Museum’s roadshow, Out of the Glass Case, which covers both social and natural history topics, has travelled over 40,000 kms around the State and been seen by more than 37,000 students and others.

Meanwhile, Questacon’s outreach programs brought the excitement and wonder of science, mathematics, technology and innovation to towns and the bush.  In 2010-11 319,418 visitors enjoyed a Questacon experience in their own community with the eight different outreach programs visiting 970 schools – most attendees were located in isolated areas and would not have the opportunity to visit the Centre in Canberra.

To follow these journeys see Regional Maps.  For stories of these programs and the communities they visit, see Regional and Remote Case Studies.

CAMD museums also build bridges through their loans and ‘museum in a box’ services for schools and community groups.  Last year the Queensland Museum loaned over 73,000 museum items for education, reaching more than 689,000 people across Queensland. The Australian Museum’s Museum in a Box education program has been in action for 45 years and, in 2010 alone, distributed 520 boxes across NSW for use by approximately 63,000 students and people unable to visit the museum in Sydney.

CAMD museums have also been proactive in harnessing the National Broadband Network (NBN) to link regional and remote communities to online collections.  Just as importantly, digital connections will allow multiple users to collaborate on compiling and disseminating local history and promise a far greater engagement in critical national discussions and ‘citizen researcher’ projects. The social, educational and economic benefits of government investment in museum services will be significantly enhanced as museum presenters, experts and exhibitions reach further into the Australian community than ever before.

Local stories, preserved and interpreted by regional museums, historical societies and local organisations, deeply resonate with many communities and are part of our overall national narrative.  As many smaller museums are volunteer-run and under-resourced, CAMD museums provide support through advice, training initiatives, internships and mentoring programs, the provision of travelling exhibitions or opportunities to travel home-grown exhibitions, skills and standard development and the creation of partnerships.

Despite this assistance, and the aid provided by some State museum networks, CAMD believes there is a pressing need for community museums to be further resourced and supported so they can preserve and curate their portion of the ‘distributed national collection’.  By keeping this material ‘on site’, the collections  contribute to the development in local communities of a strong sense of identity and connection to their local heritage, their environment and to each other.  CAMD has argued that the current development of the National Cultural Policy is an opportune time to revisit this pressing need for the peoples of regional and remote Australia.