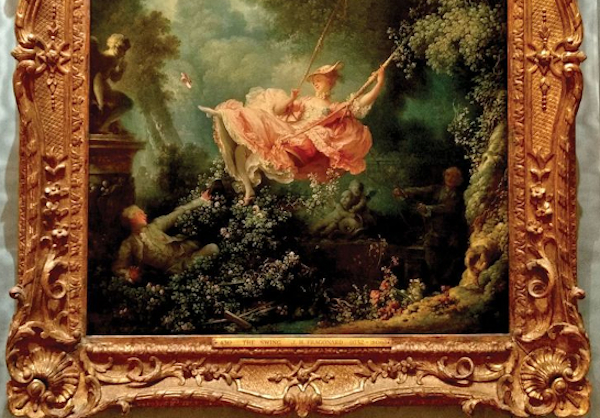 Martin Bailey, Where there’s a will there’s a way: the Wallace Collection lifts loan restrictions, The Art Newspaper, 24 September 2019

Terms of original bequest are reinterpreted, paving the way for the London museum to stage joint exhibitions in Los Angeles and Vienna.

The Wallace Collection, one of Britain’s most atmospheric national museums in an historic house, is moving into the international exhibitions circuit, now that it is able to lend its works for the very first time. Lady Wallace’s 1897 will has now been reinterpreted, and is no longer regarded as a prohibition on lending. This means that the Wallace Collection—home to the art and armour collections brought together by the first four Marquesses of Hertford and Sir Richard Wallace—in a strong position to obtain reciprocal loans and mount major shows.

Following loosening of the loan restrictions, the Wallace Collection is now discussing joint exhibitions with museums in London, Los Angeles and Vienna. Once the Wallace is able to make loans, others are keener to reciprocate with lending to the London collection or to embark on joint shows.

Xavier Bray, who took over as the Wallace director three years ago, says that the wording of Lady Wallace’s will specifies that the family bequest shall always be “kept together” and unmixed with other objects of art. Since the bequest to the nation in 1897 (and the museum’s opening in 1900), this has been interpreted as a prohibition on lending, although the will did not specifically prohibit temporary loans. 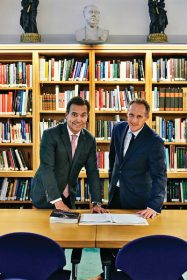 So why did this not happen earlier? According to the Wallace’s chairman, António Horta-Osório, until recently it was believed that having all the collection on display “outweighed the advantages of national and international collaboration”. But with what he describes as the changing cultural landscape, “this balance has shifted and in order fully to engage with the international art community, we must be able to share expertise and resources with our colleagues in other great collections around the world”.

In 2000, the Wallace opened its first temporary exhibition space, in the basement, and therefore not part of the original historic house where the permanent collection is displayed. Although a fairly small area, it was tripled in size with an extension in June last year. In recent years, borrowed works have also occasionally been displayed in the historic rooms; currently, for example, it is showing Manolo Blahnik shoes alongside paintings.

Other museums with origins in private collections have also had restrictions on lending. The Burrell Collection in Glasgow was allowed to lend within the UK but not to send works overseas. But in 2014 its trustees obtained special approval from the Scottish Parliament to enable them to lend abroad.

In France, both the Musée Nissim de Camondo, a collection of decorative art in Paris, and the Musée Condé, set up by Henri d’Orléans in his château in Chantilly, can never lend. In the US, the Frick Collection in New York—the closest comparison to the Wallace Collection—cannot loan works donated by Henry Clay Frick, although it can lend paintings that were acquired later. The Isabella Stewart Gardner Museum in Boston can lend, but is obliged to leave empty spaces on its walls.

So what is planned for the Wallace Collection? There will be an important loan to a monographic show for 2020 on a northern Old Master, with details to be announced shortly. Bray is also in discussion with Vienna’s Kunsthistorisches Museum about a possible exhibition on German Renaissance armour, since the Wallace has a fine armoury. Another project is likely to be a Fragonard show, featuring the Wallace’s saucy painting of The Swing (1767) and his evocative The Souvenir (1778). A major show on Frans Hals is also being planned, which will enable the Wallace’s famed Laughing Cavalier (1624) to be shown alongside Hals’s other portraits.