First, a disclosure: having spent my formative years a bus ride from the legendary museums and art galleries of London, the Science Museum, the Victoria and Albert, the British Museum, the Natural History Museum, the wonderful living museum of Kew Gardens, and countless others, I’m totally biased about museums.

They’re worth every cent of their doubtless colossal cost to the taxpayer. 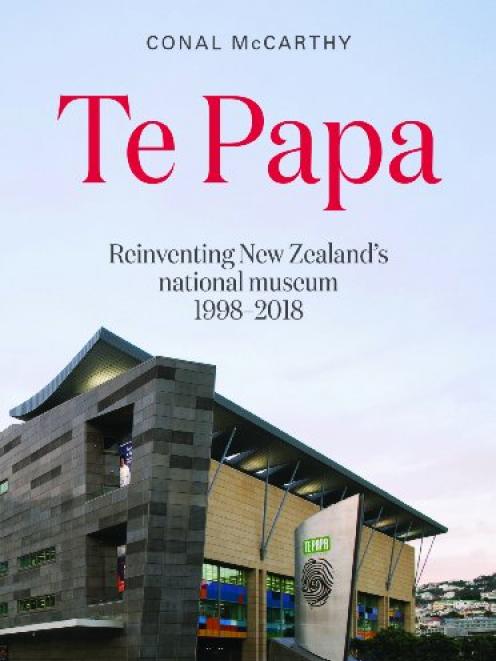 At least, that is true of the sort with which most of us are familiar, independent and free from the political domination and history-rewriting roles for which the museum principle has sometimes been subverted elsewhere in the world.

Museums have indeed been reinvented and Te Papa is a world-leading example. The idea of hoarding piles of trophies triumphantly “found” in other peoples’ countries is giving way to story telling. The Museum of New Zealand Te Papa Tongarewa, to give its full name, has a special story to tell about the bicultural origins of the nation. The author quotes Dr Apirana Mahuika, chair of the Maori advisory committee (Nga Kaiwawo): “Te Papa Tongarewa is seen by Maori as the first physical demonstration of a bicultural approach to taonga and, therefore, a first step towards the recognition of Maori cultural values”.

The word Papa, it is explained, “alludes to mother earth in the Maori creation story (Papatuanuku), but also means land, foundation, platform and a papahou, or treasure box, containing a rare variety of pounamu or tongarewa”.

How was Te Papa’s innovative approach received? With acclamation, in most quarters.  People who grumbled about the perceived dumbing down of explanations and descriptions had completely missed the point that museum presentations should not be for academics by academics, but for the people, the target audience, constructed by professional writers experienced in the demanding art of universal presentation.

Te Papa was internationally recognised from the outset and its style of organisation and presentation has inspired great museums the world over to recast their own presentation models.

After 20 years, Te Papa has a proud record of achievements, with several special exhibitions and art displays every year. Most are related to Maori and Pacific culture, or otherwise New Zealand-related, such as “The Lord of the Rings Motion Picture Trilogy: The Exhibition”, which toured nationally and internationally. A detailed appendix summarises them all, along with the many milestones in the museum’s short life. Te Papa is a living museum, constantly adapting its techniques, acquiring works of art, expressing the nation’s people and treasures to the people. Conal McCarthy provides a comprehensive, fascinating and accessible account of these years of spectacular progress.

Carefully selected photographs richly illustrate this work. One highly impressive photo speaks volumes as it seems to capture so much of the story of Te Papa in a single shot. The photo shows “Iwi moving taonga to the new building on the waterfront, 22 March 1997”, the procession and an impressive honour guard of warriors marching along the street carrying treasures with tremendous ceremony and dignity.

Clive Trotman is a Dunedin scientist and arbitrator