You are here: Home » Articles filed under: 'News' » Article: 'Reliving the Dismissal' 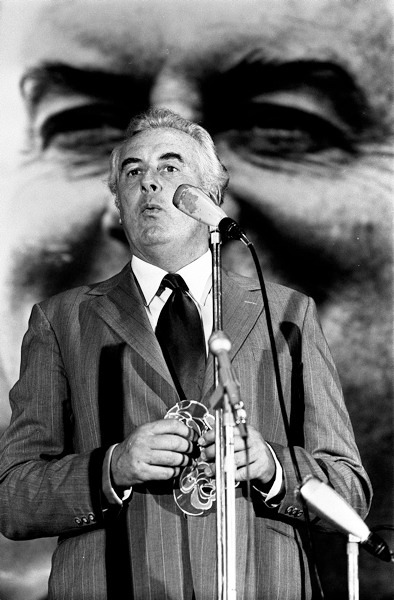 Unique social media campaign relives the #Dismissal1975 (+40 years) From 13 October, the Museum of Australian Democracy at Old Parliament House will mark the 40th anniversary of the 1975 Dismissal of the Whitlam Government with a Twitter campaign written by award-winning writer Paul Daley.

The campaign will tell the story of the Dismissal through the voices of participants like Gough Whitlam, Malcolm Fraser, Sir John Kerr and many others who were involved in or witness to this dramatic day in Australian history.

“The Dismissal of the Whitlam Government was a historic moment in Australia’s political history and one of a few rare moments in world-wide political history where a head of state has used the powers arguably granted by that position to act independently of advice of the government,” said writer Paul Daley.

Twitter will bring to life the intrigue and the drama of the Dismissal of the Whitlam Government by the then Governor-General Sir John Kerr and will take followers on a journey back in time to relive this historic moment in Australia’s democratic history.

The social media campaign, #Dismissal1975 will run from 13 October to 11 November via @MoAD_Canberra using #Dismissal1975 — following the timeline of the Dismissal in 1975 day by day. Events will be tweeted in ‘real time’.

“Faced with a vast body of research—books, media, transcripts of speeches, personal recollections and the official documents — this became a wonderful, confronting and challenging project. It was certainly a journey of discovery that brought me a new perception of and intrigue with events of almost half a century ago,” said Paul Daley.

Senior Historian at the Museum of Australian Democracy at Old Parliament House, Libby Stewart says the #Dismissal1975 campaign brings to life this historic moment but also helps highlight the changes in the way Australians now engage with democracy.

“For many people it is hard to imagine a time when information was not so readily available to everyone across the country,” said Libby Stewart.

#Dismissal1975 will also share and feature some of the iconic documents, film and photos from the Dismissal, including the letter of dismissal signed by the Governor-General, now housed at the National Archives.

Daryl Karp, Director of the Museum of Australian Democracy at Old Parliament House, says the campaign is about engaging Australians in our political history in a different way by using channels they are using every day.

“Museums around the world are changing the way that they help their audiences interact with their exhibitions. At the museum, digital technology is part of our toolkit to enrich users’ experiences and create collaborative communities that engage in lively conversations.”

#Dismissal1975 will run from 13 October to 11 November 2015 via the museum’s Twitter @MoAD_Canberra. People can share their memories from 1975 and join the discussion at any time by using #Dismissal1975. For more information on the project, to read Paul Daley’s full project essay or follow the campaign (for those not on Twitter), please visit: http://dismissed.moadoph.gov.au/hashtag-dismissal-1975.html