You are here: Home » Articles filed under: 'News' » Article: 'Relocation of Sydney Museum could cost'

Relocation of Sydney Museum could cost 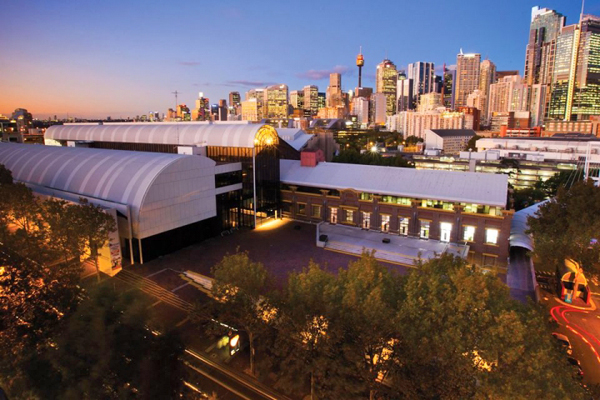 But that’s not all. Reports now reveal that the museum’s February fashion fundraiser ball operated at a loss of over $137,000 on top of last year’s deficit of $7.4 million.

Why should a museum located in central Sydney since 1988 now relocate to the western suburbs of the Australian capital? That’s the question on the minds of dozens of staffers at the Powerhouse Museum who recently learned about the cost of their impending move to Parramatta: A$1.2bn ($890 million). That estimate would make the museum’s move the costliest gallery relocation in history. It’s also the subject of a forthcoming parliamentary investigation.

The museum move has faced severe opposition ever since it was first announced in 2014 by then-premier of New South Wales, Mike Baird. The Powerhouse Museum Alliance has led the charge against the relocation. In February 2016, an open letter signed by 178 prominent Australians, including seven former museum directors, urged the government to keep the museum in its central location of Ultimo while supporting the desire to search for another “cultural beacon” for Parramatta. In June 2016, the upper house of the NSW parliament established a broad inquiry into museums and galleries, which is due for publication in October. This past June, the government finally published its business case for the Powerhouse Museum’s relocation, admitting to the project’s excessive price tag and the likelihood of flooding at the riverside Parramatta site. Two residential “super towers” would be built at Parramatta to fund the move; however, full details of what would happen with the Ultimo site were redacted from the report.

Kylie Winkworth, a former Powerhouse Museum trustee, is an outspoken member of the alliance defending the cultural institution’s right to stay in Ultimo. Speaking to The Art Newspaper, she said, “What civilized government plans a A$1.2bn project to shrink a major state museum, make it less accessible to visitors … downgrading its facilities and putting the museum on a flood-prone riverbank? It would be cheaper to keep the museum and build a new museum in Parramatta.”

Actually, the exact location of where the Powerhouse’s Parramatta would be experienced a 2.8-meter flood as recently as 2015. Mapping of the site shows that the Powerhouse would be vulnerable to flooding as a one-in-20-year event.

Alongside her legitimate worries about the chosen site, Winkworth also notes how unfeasible it would be to move some of the museum’s largest, most impressive objects. After all, the museum’s collection is far older than its current building. Established in 1879 for the Sydney International Exhibition, it now comprises over 500,000 objects. Many of these objects are extremely large, including the Catalina flying boat that made the first flight across the South Pacific to South America in 1951 and the Boultin and Watt steam engine featured on the UK £50 note.

Like Winkworth, jewelry expert Anna Schofield is reconsidering her relationship with the Powerhouse museum. The donor of hundreds of jewels and costumes is debating a formal request for the museum to return her gifts because of the move. “I don’t want them to go to Parramatta frankly,” Schofield told ABC News. “I’d like to be able to ask for them back if the plan goes ahead, because I didn’t donate them to a museum in Parramatta, I donated them to a museum in Harris Street, Ultimo and that’s where I’d want them to stay.

Speaking of fashion, the Powerhouse Museum is most recently at the center of controversy because of dismal financial reports concerning their February ball aimed at raising money and recognition for their Centre for Fashion. Unfortunately, only 121 paying guests attended the gala. Other guests came at the pleasure of the museum, which footed bills for flights from Paris, Dusseldorf, and New York — plus a five-night stay in a Sydney hotel for visitors. Accounting for the price tag of such luxuries, the total cost of the party was around A$600,000 (over $446,000 USD). The museum only made about A$173,000 (over $128,000 USD) from the fundraiser, leaving taxpayers with the remaining bill.

A spokeswoman for the Museum of Applied Arts and Science, which contains the Powerhouse Museum, defended the party to ABC News: “The ball was successful in achieving its objectives by introducing the Centre for Fashion to key stakeholders, building relationships with key corporate, industry, and cultural partners, raising funding for the Australian Fashion Fund, increasing MAAS’s fashion collection and enhancing the reputation of MAAS as the leading public centre for fashion in Australia.”

According to local media reports, only around 40% of the collection has been properly catalogued. Winkworth believes that the museum will have to undergo a large deaccessioning program, putting over 30 objects up for sale.

“Sydney is a city that is powered by real estate deals, and it’s a state government that is deeply enmeshed in the property industry,” Winkworth continued. “[The plan] was announced without any research, without a feasibility study, no preliminary view of the costings … This is the most contentious cultural decision [the state government has taken] since [Jørn] Utzon was ousted from the Sydney Opera House.”

It should be noted that when the Danish architect responsible for the iconic music house’s design resigned from his position, it triggered protests across Sydney. Some Australians are hoping for the same reaction today.

The Powerhouse Museum did not respond immediately to Hyperallergic’s efforts to contact them.