You are here: Home » Articles filed under: 'News' » Article: 'Repeal of Net Neutrality' 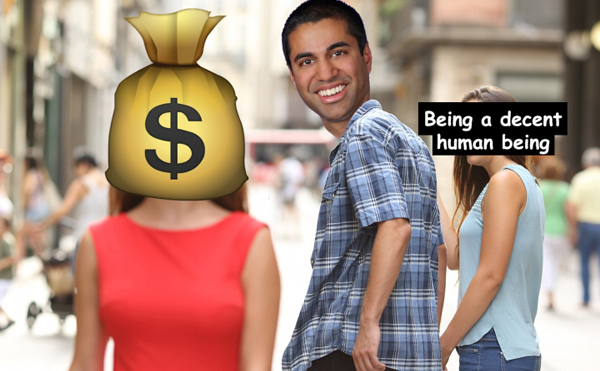 Paddy Johnson, How Will the Repeal of Net Neutrality Impact Artists?, Hyperallergic, 11 June 2018

Protections ensuring equal access to the internet were repealed today by the Federal Communications Commission, ushering in an uncertain new era.

Internet Service Providers are having a good day. The Federal Communications Commission’s (FCC) repeal of net neutrality went into effect today, meaning that the set of legal protections preventing Internet Service Providers (ISPs) like AT&T and Verizon from slowing down websites, blocking apps, and charging extra fees for desirable downloadable content no longer exist. ISPs can now charge what they like.

Back in May, the Senate voted to overrule the FCC’s repeal, offering some glimmer of hope. But in order to force a House vote on the issue, 218 representatives must sign a discharge petition. Thus far, only 170 signatures have been garnered, perhaps a sign of the lack of public outcry this time around. And even if the House votes to block the repeal, it would then need to be signed by President Trump — whose appointee to chair the FCC, Ajit Pai, has led the campaign to repeal the protections. In the meantime, individual states are exploring other ways to uphold the principles of net neutrality.

Artists whose practices involve the internet — which, in the 21st century, means every artist — are concerned about the effects the repeal may have on their work. From future projects to existing and archived endeavors, the end of net neutrality could have all manner of unexpected and unpleasant impacts on artists’ work with the web.

Take, for example, Occupy Museums, which in 2016 invited financially strapped artists to share their experiences about debt, and apply to have their work displayed as part of a project called DebtFair. The work relies on web-based technologies, and was part of an effort that began in 2012 to show how economic conditions impact art making, and it was eventually included in the 2017 Whitney Biennial. The collective got quite a bit of press during this period and were able to amplify their message through social media and a website designed to serve artists dealing with economic precariousness.

“I can imagine a scenario where this would be difficult to do,” Occupy Museum member Noah Fischer told me over the phone recently. He was speaking specifically about the online component of the project and might happen to it in light of the repeal of net neutrality. He added: “You might be looking at DebtFair with ads for credit cards neutralizing all of that information because you don’t have enough money to look at the clean internet.”

No art professional I’ve spoken to supports the repeal, mirroring the more than 80% of voters who oppose it. “Without protections in place there is nothing to stop ISPs from deprioritizing all peer to peer connections, like what Comcast did to Bit Torrent about decade ago,” Dhruv Mehrotra, an artist and founder of Othernet.xyz, told Hyperallergic. Specifically, he was referring to Comcast throttling user connections, a decision the corporation defended as necessary to manage scarce network capacity, though it was ultimately ruled illegal. Corporate (mis)behavior before the passage of net neutrality protections has been well documented in the press; John Oliver’s explainer on Last Week Tonight is the most notable recent example.

Mehrotra believes any change due to the new rules will be gradual, and might begin as getting access to sites like Netflix for free, at first, and then eventually being charged in a tier system that more closely resembles cable. In other words, basic internet might get you access to Google and Facebook, while premier internet would allow access to everything at a much higher price tag. According to Mehrotra, this de-incentivises curiosity and would affect an artist’s ability to do research.

“We will most likely be stuck with a kind of toll road of extra charges for each service on the web that up till now we have taken for granted,” the artist and writer Mira Schor told me over email. “This puts access out of reach for many people, thus accelerating income inequality, and, further, that the kind of small-scale web presence that artists have and rely on — having an artist’s website, running an online journal, or having a modest blog (all things I have done) — will suffer as a result.”

“The abuse isn’t theoretical,” said artist and developer Dan Phiffer, noting that Free Basics, a Facebook app that already exists in countries like India and Pakistan, allows users no-cost access to internet properties that buy into the service. “They [Facebook] want to monetize people’s data and that’s the cost.” Phiffer doesn’t think that kind of model would change how most artists engage with the internet, but he believes we’ll see increasingly consolidated media companies using their ownership over infrastructure to make their content more competitive — an argument made more compelling by the fact that it is already happening. For example, a visit to the NBC Sports live stream site may prove frustrating for many, because the network demands users prove they are cable subscribers. “That frustrated feeling you get is your encounter with the loss of that essential quality that makes the internet so compelling,” Phiffer said. “You don’t usually hit roadblocks, and that’s why we like it.” In fact, it’s because of this type of access that many believe ISPs should be treated as essential, required services and thus subject to different regulations than something like cable television.