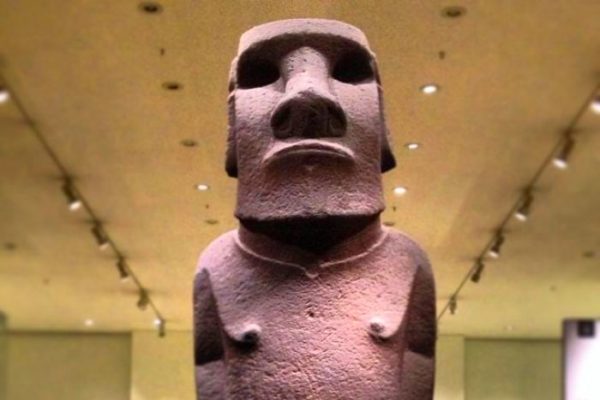 Hoa Haka Nana’ia is one of the star exhibits in London’s British Museum. Source: ABC News.

Chilean filmmakers have launched a campaign for Britain to return a giant statue they say was stolen from the mystical Easter Island.

Hoa Haka Nana’ia, “hidden or stolen friend” in the island’s native language, is one of the star exhibits in London’s British Museum, seen by tourists from around the world.

But campaigners say it belongs with other sacred sculptures on the remote Chilean island in the Pacific, where it was taken from a century ago.

The London moai, as the famous Easter Island statues are known locally, stands 2.5-metres-high and weighs around four tonnes.

It is thought to have been sculpted around the 13th century.

Like other moai, it was believed to be inhabited by a “mana” or spirit that protected local tribes.

A new documentary about the statues says that “one way to recover the mana to restore wellbeing to the island is to bring the spirit of the Moai Hoa Kaka Nana’ia back to its native land”.