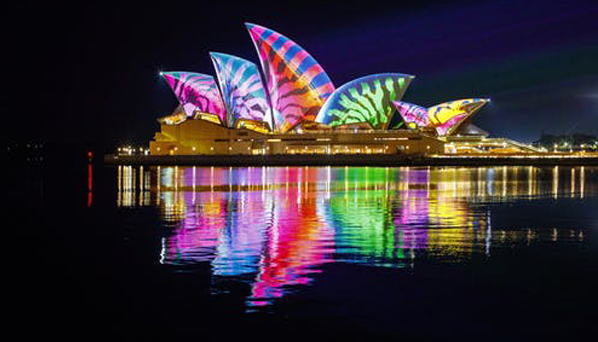 While the arts certainly have an economic benefit, they must also be recognised for their intrinsic value. James Horan.

Peter Tregear, With support for arts funding declining, Australia must get better at valuing culture, The Conversation, 1 May 2018

Governments at all levels allocate around $6 billion a year to arts and culture in Australia, according to the Australian Bureau of Statistics. While this is a low figure compared to the budget outlays of other wealthy nations, public support for arts funding here is, if anything, in decline.

A new Platform Paper by economist David Throsby argues that governments should remain committed to strong cultural policies, and suggests some specific, and eminently practical, policy ideas along the way.

They include an expansion of the state-based artist-in-residence programs in schools; increased funding for art centres in remote communities to expand their support for Aboriginal and Torres Strait Islander arts; consideration of the establishment of a Heritage Lottery Fund (presumably modelled after the UK example) and the re-establishment of the National Centre for Culture and Recreation Statistics, which used to form part of the Australian Bureau of Statistics.

The announcement of the latter’s disbandment in 2014 was lamented at the time with academics Simon Darcy and Bronwen Dalton noting, among other things, that “data shapes policy”.

Precisely what cultural data governments should collect, however, is a particular concern of Throsby’s. Over recent years he has traced what he calls the “economisation” of cultural policy across the globe. Expenditure on cultural activities by governments is, he observes, now primarily justified in terms of expected economic outputs.

While recognising the significant economic benefits of cultural activity can of course help bolster the case for government spending, Throsby argues it should not act as the ultimate reason for that support. Instead, the “core creative arts” of literature, music, performing arts and visual arts, should be valued, first and foremost, as public goods in themselves.

This may sound like old-fashioned cultural idealism, and thus a mode of thinking now out of sync with modern “economically rational” policy making. But is it really so far-fetched? Is not government spending in areas like health, education, and social welfare also ultimately justified to us by arguments that also lie beyond the merely economic? Do we not invest in such areas because, at root, they help define the kind of society we are and want to be?

Former Prime Minister Paul Keating seemed to think so when he argued that cultural issues should in fact lie at the heart of government decision-making. As he declared in a speech delivered just after he left office in 1996:

Culture and identity, the structures and symbols of our government and the way we define ourselves as a nation are not distractions from the concerns of ordinary people, their income, their security, their mortgage payments and their children’s education and health. Rather, they are an intrinsic part of the way we secure these things.

Yet it can seem difficult to talk about cultural policy in Australia in such terms. I suspect this is because we prefer not to think of ourselves as being significantly influenced by – and reflected in – our music, painting, dance, sculpture and so on. This apparent prevarication when it comes to matters cultural no doubt has many origins, but one must surely be our still unsettled relationship to both our European colonial past and the dispossession of Indigenous peoples that accompanied it. We are perhaps inclined instead to consider activities, such as sporting competitions, which present a more straightforward narrative about our place in the world, as being more innately “Australian”.

Enthusiastic government support of, and funding for, a national cultural policy can thus seem “counter cultural” to the wider Australian public. This presents governments wanting to act in this area with a political, as much as an administrative, challenge.

Even without a clear government vision, however, Throsby suggests there is still reason to be optimistic about the future of Australia’s cultural life. He notes, for instance, that:

new generations of consumers are using the internet, mobile telephony and digital media in ways that not only expand their range of cultural experience but may actually transform them from passive recipients of cultural messages into active co-creators of cultural content.

Nevertheless, as the recent scandal around Facebook’s manipulation of user data has made clear, any sense of personal empowerment facilitated by these technical developments must be weighed against the threat they create of corporate manipulation on an unprecedented scale. Not just our personal privacy but our very imaginative lives risk being corralled and entrapped by such technologies.

Such caveats notwithstanding, Throsby’s Platform Paper makes a valuable contribution to the debates that should underpin a government investment of vision and cash to develop Australia’s cultural life. I encourage all who have a say in shaping this aspect of our nation’s future – and ultimately that’s all of us – to read it.