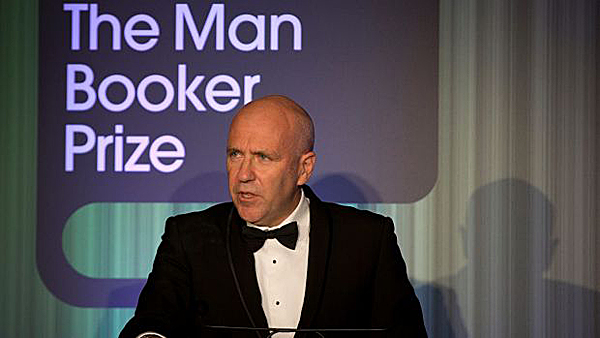 Andrew Taylor, Author Richard Flanagan says artists are held in contempt by those in power, The Sydney Morning Herald, 6 December 2017

Award-winning author Richard Flanagan has accused politicians from both major parties of holding Australian artists in contempt and “frequently and assiduously” acting against their interests.

Flanagan also said in a speech to the Copyright Agency that Australia faced the prospect of its culture being the “milch cow” of tech giants Google, Facebook, Amazon and Apple, who he described as “the four horsemen of our apocalypse”.

“We don’t need our politicians selling out our artists to these companies, as nearly happened this year, a situation where the new digital publishers and broadcasters would pay nothing for our content and yet make everything out of it. And then evade paying tax on any of it,” he said in his speech.

Flanagan, who won the 2014 Booker Prize for The Narrow Road to the Deep North, said “artists remain unwelcome in our own land”.

He also took aim at government policies including funding cuts to the Australia Council and proposed changes to copyright and laws concerning the importation of books.

“I don’t wish to overly dwell on the strange, almost unique situation of (our) country whose artists have achieved so much in the half century since 1964 and yet where they are held in such contempt by power,” he said.

“But I know of no other country whose artists are at once so popular with their own, who so frequently bring international honour to their country, and yet whose government so frequently and assiduously act against their interests, be it in the last few years with the Napoleonic excesses of George Brandis, the enthusiasm to destroy Australian publishing with the recurrent proposal to end parallel importation restrictions – once under Labor, once under the Liberals – or the desire to cede significant copyright to the tech giants.”

Flanagan said the question of what government can do for artists was the wrong one to ask.

“The real question is whether governments will seek to allow art the powerful and good role it can have in shaping our future or whether it will continue to seek to deny it and destroy it,” he said.

“And if they deny it, it is weakening the very forces we need to hold us together, which is the most fundamental role of politics, because art is finally communal, a shared experience, that we need now more than ever.”

Flanagan said Australian artists had earned the right to support and official recognition: “And by support I don’t mean grants. And by recognition I don’t mean the occasional minister turning up at a prize evening or an opening for a photo opportunity, where they are routinely applauded for their insulting ignorance and patronising cant.”

He added: “By support I mean the end of the anodyne discussions about how to cut the least from the Australia Council and then how to re-slice the stale, shrivelled salami there into ever smaller portions.”

Flanagan said new rules were needed to prevent Amazon from destroying book retailing and publishing, YouTube from decimating the music industry and Facebook from destroying journalism and non-fiction.

“And we need politicians to recognise that arts policy must be broad-ranging, affecting, as it does, other vital areas of government’s remit, from retail to educational policy,” he said.

Flanagan, who The Economist said was “considered by many to be the finest Australian novelist of his generation”, suggested respect for “the life of the mind” had been lost as market forces reshape society.

“Over the last 20 years our ruling class – the politicians, their apparatchik, and the media executives – have, in their growing obsequiousness to a perverted ideology of the market, lost all respect for the life of the mind, and an understanding of its necessity and centrality to a successful and harmonious society,” he said.

“In consequence the life of the mind – which, is, finally, the food of the soul – has been under attack in Australia for well over two decades, be it the slow dismemberment of the CSIRO or the better aspects of the ABC, or be it the way universities were transformed into corrupted businesses.

Flanagan’s speech was delivered at an event organised by the Copyright Agency, which is led by former Foxtel and News Corp boss Kim Williams and is opposed to changes to copyright laws suggested by the Productivity Commission.

Flanagan concluded his speech by suggesting no politician will offer help unless artists demonstrate their worth.

“We have to recognise though that no politician, no minister, no prime minister is going to help us unless we persuade the people of what we ourselves know,” he said.

“If we artists continue to conceive of ourselves as beggars at the gate, we will be treated so: with derision, with contempt, or at best with the indifference of power. We have to recognise that you get the respect you grant yourself.”