May 20th, 2021 | Browse other: News. | Tagged with: Colonial history is international history, Rijksmuseum reflects on slavery’s legacy in new show | 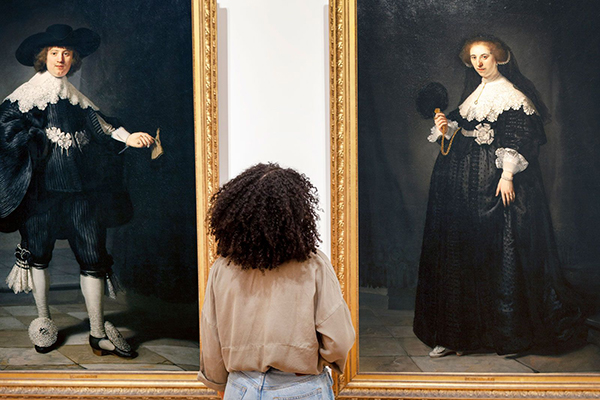 Slavery was a major part of Dutch prosperity during the colonial period. Millions of men, women and children were kidnapped, enslaved and shipped to the other side of the world. A new exhibition at the Rijksmuseum in Amsterdam will tell this story through the personal lives of ten people, both those who suffered the brutality of slavery, as well as those who profited from it. The exhibition is due to open to the public later this month (Covid-19 restrictions permitting) while an online version of the show is available on the museum’s website.

The unprecedented exhibition, simply titled Slavery, will uncover the way the slave trade was interwoven with the social and economic structure that was “crucial in the development of the Netherlands as it is today”, says Valika Smeulders, the head of history at the Rijksmuseum.

“Colonial history is international history that binds Europe, the transatlantic world and the world around the Indian Ocean together” VALIKA SMEULDERS, HEAD OF HISTORY AT THE RIJKSMUSEUM

Spanning the 17th to the 19th centuries, the show will feature around 140 objects, including items cherished by the enslaved, such as musical instruments used during rituals on Surinamese plantations; glass beads from Sint Eustatius once used as currency and subsequently thrown into the water in a collective rejection of the system at the moment of emancipation; and paintings from artists including Rembrandt and Jacob Coeman. 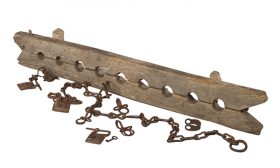 Foot stocks designed for the constraint of multiple enslaved people (around 1600–1800) Courtesy of the Rijksmuseum.

Four years of research and reflection have resulted in a cross-collaborative project involving internal and external expertise. The show aims to offer new insights into the transatlantic slave trade in the Caribbean, Suriname and Brazil by the Dutch West India Company, and will delve into the role the Dutch East India played in the colonisation of South Africa and Asia.

The exhibition will also branch out into the Rijksmuseum’s collection, addressing the museum’s relationship with the slave trade. “For a year, around 70 objects in the collection will be given a second label explaining a previously hidden relationship with slavery,” Smeulders says. Visitors will be invited to rethink the relationship between “individuals and systems, between circumstances and choices”, says the museum’s senior curator of history, Eveline Sint Nicolaas. 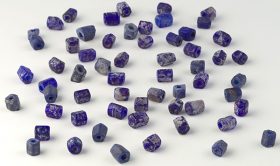 The exhibition will also aim to contribute to a wider social awareness. “Colonial history is international history that binds Europe, the transatlantic world and the world around the Indian Ocean together,” Smeulders says.

Slavery, Rijksmuseum, Amsterdam, due to open end of May (regulations permitting) until 29 August.