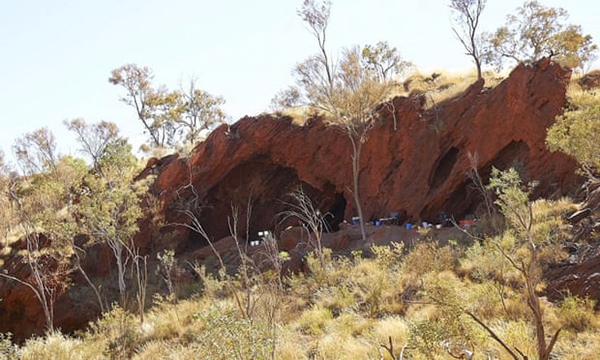 Chief executive Jakob Stausholm says he will make heritage protection be ‘felt in the hearts and minds of his employees.

Rio Tinto chief executive Jakob Stausholm has pledged to make protecting cultural heritage an issue that is “felt in the hearts and minds” of his employees in an effort to avoid another Juukan Gorge-style disaster.

The mining company on Tuesday announced it would publicly report to investors on its progress on improving cultural heritage systems and renewing trust with traditional owners, as it attempts to rebuild its shattered social capital.

Stausholm said the new executive team “feel very accountable” for ensuring an event like the destruction of Juukan Gorge never happens again. The incident led to the resignation of the three senior executives, including the former CEO, and prompted the chairman to step down.

But Stausholm said achieving that goal required changes in the company which went “way beyond procedural”.

“It has to be felt in the hearts and the minds, the same way as we have built safety culture over decades,” he said in an investor briefing on Tuesday morning.

“The one big thing is to make sure that we consistently get this as a value.”

Despite the negative publicity and heads rolling in senior management, the company reported a 20% rise in profits in 2020 and a record shareholder dividend of $9bn.

Investors have welcomed the commitment to greater transparency, which was brokered in negotiations with stakeholders including the Australian Council of Superannuation Investors (ACSI), AustralianSuper, and HESTA.

HESTA CEO Debby Blakey said investors put forward “very clear requests” around disclosure and governance arrangements and said it was “pleasing that we’ve had constructive discussions with Rio Tinto that can support progress towards managing this clear financial risk for investors”.

“The steps the company has agreed to will support broader improvements in practices, disclosure, and oversight urgently needed across the mining sector,” she said. “Rio is at the start of a very long process of rebuilding trust. It will require a long-term commitment to deep-seated cultural change and strong frameworks and processes in place to support genuine, open, and ongoing partnership with Indigenous communities, no matter who is in management or board roles.”

“Investors will continue to engage with Rio Tinto, and other companies with cultural heritage exposures, to understand how they are managing these risks and measuring against commitments,” Davidson said.

Rio committed to establishing an Indigenous advisory group, which will work with managers and may report to board level; modernising its approach to negotiating agreements with traditional owners to remove confidentiality clauses; and spending $50m on attracting and retaining Indigenous people to work within the business.

The company’s chief adviser of Indigenous affairs, Brad Welsh, said the number of Indigenous leaders in the organisation had doubled last year, though only from seven to 15.

Rio also committed to measuring and reporting on social impact metrics, and to disclosing and explaining to traditional owners the likely heritage impact of projects, “as part of earning back trust” .

Megan Clark, a non-executive director and chair of Rio’s sustainability committee, said changes to cultural management practices to make it an iterative process would “fundamentally change the way we do mining”.

Clark said 1,000 cultural heritage sites in the Pilbara had been reviewed in the past 10 months, with a number of sites reclassified from being cleared for mining to protected.

She said relationships between traditional owners and Rio managers and executives needed to develop beyond a business relationship into friendships, “where the communication channels are just open, and those relationships are deep and trusting so that something like this could never happen again”.

“The one thing that still sticks in my mind as I look at what happened [at Juukan Gorge] and why it happened was: where was a quick phone call, where were all of those linkages that could have stopped it at any time?” she said. “And it’s a question that still sits there … those relationships with the traditional owners, they are as important as relationships with the prime minister of the countries in which we operate or the president in those countries. And I ask myself the question do we invest the same time in those relationships?”

The National Native Title Council chief executive, Jamie Lowe, said investing in those relationships with traditional owners – “I don’t think friendships is the right word” – was essential to rebuilding trust.

“You can have an advisory body that may sit at a high level but the relationships with the traditional owners are vital because that’s literally where the work happens,” he said. “And you have seen from the Juukan Gorge inquiry that those relationships either weren’t there or weren’t respected.

Lowe said the Indigenous advisory group would only be effective if it was given the necessary power and responsibilities.

“If it’s just a peripheral body that meets four times a year, it’s not going to cut it,” he said.