You are here: Home » Articles filed under: 'News' » Article: 'Riversleigh, acclaimed by Attenborough,' 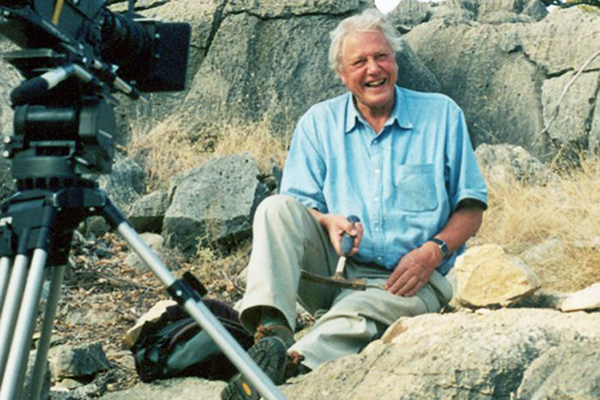 Hidden in the depths of rural Queensland is a fossil deposit so amazing that Sir David Attenborough regards it as one of the most important palaeontological sites in the world.

Near the Gregory River in north-west Queensland, Boodjamulla National Park, more commonly known as Lawn Hill, has been World Heritage-listed for a quarter of a century.

And now there is new evidence that the fossil site may be surrounded by thousands more just like it.

One scientist has devoted his life to the region, uncovering deposits there since the 1970s. 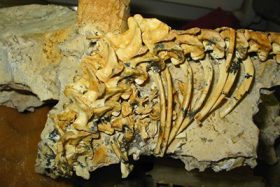 These snake vertebrae found at Riversleigh are 19 million years old. Supplied: A Gillespie

Palaeontologists at the site have been fascinated by its array of unique megafauna dating from up to 25 million years ago, a time when the now-desert environment was lush rainforest.

Serious exploration of Riversleigh began in 1976 and is still led by a core group of experts predominantly from the University of New South Wales.

“We now have more than 100 people working with us on these deposits spread across more than 26 institutions in more than 11 countries,” Professor Archer said.

The professor was head of mammals at Queensland Museum in 1975 when his director at the time, Dr Alan Bartholomai, mentioned that he had seen a tooth sticking out of a rock at Riversleigh.

“That nearly caused me to drop my teacup, because I didn’t know there was anything new at Riversleigh and I was very curious to know why it wasn’t back at the museum with him,” he said.

Hard limestone deposits might be difficult to crack open, but they preserve wildlife deposits in exquisite detail.