You are here: Home » Articles filed under: 'News' » Article: 'Ross Gittens on The Social Sciences'

Ross Gittens on The Social Sciences 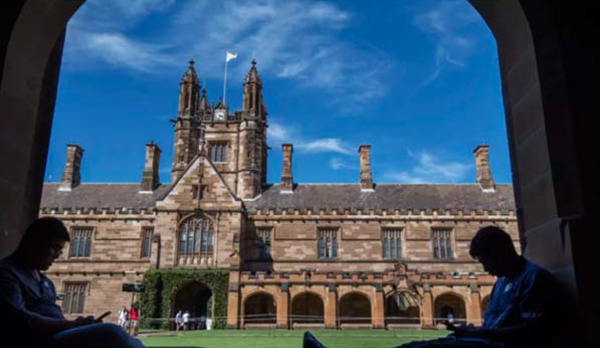 Ross Gittens, The social sciences: so essential we neglect them, The Canberra Times, 10 September 2018

As I’m sure you’re only too well aware, today is the first day of the inaugural Social Sciences Week. Just as I’m sure you knew that someone somewhere in America declared a day last week to be Read a Book Day.

Why do people name days, weeks, months and even whole years after worthy causes? Perhaps because there are so many worthy causes, and they’re hoping to gain theirs a little more attention amid the tumult.

We just want to be sure our fellow citizens are aware of who we are and what wonderful things we do, the organisers tell you. And once they’ve got their higher profile, there just might be a message or two they’d like to get through to the government and keeper of the purse strings.

What lifts Social Sciences Week above the ruckus is that last year by some mischance one of its sponsors made me a member of their club – shades of Groucho Marx – thus converting me to the cause. You have been warned, dear reader.

But just what are the social sciences, I hear you cry. Glad you asked. The week is being sponsored by the associations representing sociologists, criminologists, anthropologists and political scientists, plus the Academy of Social Sciences in Australia (whose members include demographers, geographers, accountants, economists, statisticians, historians, lawyers, philosophers, educationalists, psychologists and specialists in linguistics, management and marketing) and the Council for HASS – humanities, arts and social sciences.

In short, social scientists study human behaviour in all its dimensions. Nothing of much importance, then.

Not being ones to boast, the social scientists would like you to know their former students pretty much run the world. They’ve produced the majority of ASX-listed chief executives. Probably just as true of the public service and politicians.

Add the arts and humanities, and most of the tertiary-educated workers in Australia have HASS degrees.

Almost three-quarters of university students are in HASS courses. Most of the overseas students paying full freight for their degrees – and now constituting one of our top export earners – do HASS courses, particularly business courses.

But though the social sciences and humanities dominate the work of universities, they don’t dominate their leadership. That honour more often goes to academics from a STEM – science, technology, engineering and maths – background.

And ratios of students to academic staff are much higher for HASS than for STEM courses. Truth is, law and, more particularly business, are the milch cows of universities, used to cross-subsidise subjects considered more worthy.

And you thought STEM was the neglected, put-upon Cinderella of academia? You’ve been spun. Just as every pollie wants you to believe they’re the underdog in the election, so the academics compete to be seen as hard done by. In that comp, STEM is winning. Its trouble is a shortage of customers to justify all the money it gets.

When it comes to research funding, there’s a hierarchy of perceived worthiness. The research aristocrats are the medicos. Since they devote their lives to saving ours (sometimes without thought of reward), we bow down before them.

They get their own special source of federal research funding – the National Health and Medical Research Council – plus money from bequests, philanthropists and patients with say, diabetes, being asked to kick the tin for diabetes research.

The rest of academia fights for a share of the funding distributed by the feds’ Australian Research Council. Here STEM is the upper class, the social sciences come a long way back as the middle class, leaving humanities as the poor relations.

In this year’s hugely competitive funding round, 423 STEM projects got up, but only 113 social science projects did. This isn’t so surprising since none of the research priorities nominated by the council falls into the social sciences.

It makes no sense. As Senator Arthur Sinodinos said while minister for industry, innovation and science, “the advancement of the Australian economy relies on robust research from physical science and social science alike.

“The social sciences … provide valuable insight into how to turn a scientific discovery into an informed policy for the nation, and how to implement that policy to ensure effectiveness.”

Just so. The Medicare funding system we value so highly was designed not by any medico, but by two professors of health economics. The huge expansion of university places we’ve seen was made affordable to taxpayers by an economics professor’s discovery of the income-contingent loan, known as HECS.

If applied to research grants, such loans would allow increased funding for social science research without cutting the funding to STEM. That’s what social science can tell you that STEM can’t.