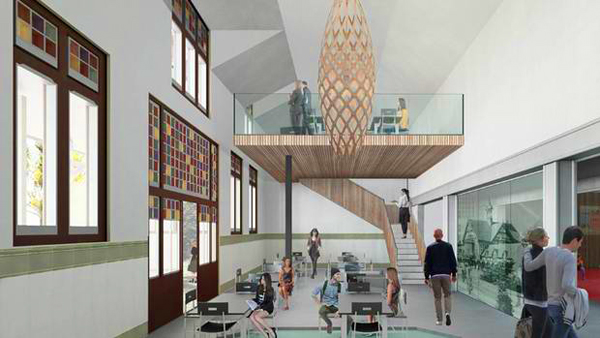 Architects have been appointed for the restoration of the Rotorua Museum.

DPA Architects, which has previous experience refurbishing Rotorua Museum, will carry out the design work for the restoration of the heritage Bath House building with help from local firm, Carling Architects.

Rotorua Museum, a category one heritage building in the Government Gardens, closed in November 2016 following a rapid seismic risk assessment which identified the building was earthquake prone.

Rotorua Lakes Council’s Arts and Culture manager, Stewart Brown, said restoration work was due to get under way from July next year with the expectation the museum would reopen its doors in 2021.

“DPA has a track record of working on heritage buildings around the country. It is also familiar with the specific challenges of the Bath House from its time doing the heritage renovations in 1997 when they worked on the foyer, reception and some of the original baths,” he said.

Brown said Rotorua-based Carling Architects would have a vital ‘on the ground’ presence throughout the project, as well as providing additional architectural support.

“This building is not only loved by our Rotorua community, but is nationally significant so it’s really important that we take the time to do it properly.

“We aim to achieve this in a way that balances respect for the building’s heritage, achieves structural strength and is practical. What we’ve learnt with this work is that what may be seen as a small change on the face of it can actually be incredibly tricky and time consuming to get right,” Brown said.

In September the Rotorua Daily Post reported the museum restoration had been estimated at $30m but Brown said steel prices and a fluctuating New Zealand dollar could impact the cost.

During the recent long term planning round, Rotorua Lakes Council agreed to commit $15 million towards the seismic strengthening of the Rotorua Bath House, with the balance of funds for the project to be sourced externally.

The Rotorua Museum Centennial Trust, which was successful in raising the funds to extend the building in 2011, will once again lead the fundraising campaign.

Museum staff are currently removing all remaining taonga and exhibition infrastructure from the building in readiness.

Building construction is expected to take around 18 months followed by a detailed exhibition installation programme prior to the museum being reopened to the public in 2021.

December 2016–August 2017: Research, destructive testing and analysis to determine in detail the condition of the building and the ground on which it sits.

Next steps for the Rotorua Museum project: