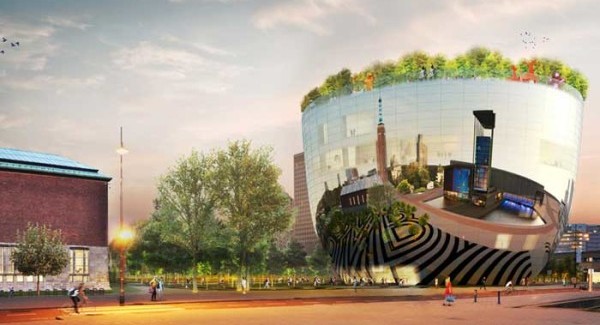 Without an endowment, the Museum Boijmans van Beuningen says it is finding “creative” ways to support itself

The Museum Boijmans van Beuningen in Rotterdam wants to build a €50m satellite to display its holdings alongside private collections. The unorthodox initiative would give visitors access to thousands of works in the museum’s 145,000-strong collection that are normally hidden from public view. The project also aims to generate revenue by pocketing rent from private collectors.

The Boijmans has spoken to more than 50 European collectors and at least six have expressed interest in storing art in the facility, the museum’s director Sjarel Ex said during a presentation at the European Fine Art Fair (Tefaf) on 13 March. The so-called “public art depot” would include climate-controlled open storage, conservation studios, classrooms and project spaces. The museum is also in discussion with Rotterdam authorities to establish a Freeport inside the building, Ex says.

Ex acknowledges that the entrepreneurial effort may raise eyebrows among those who believe the museum should not dedicate valuable resources to promoting private interests. But the museum, which does not have an endowment, must be creative to support itself, he says. “Of course we are afraid of conflict of interest but we will be careful with the contract,” Ex says. “We are stimulating the market and taking a piece of the market back to the museum.” Participating collectors must be approved by museum staff and commit to storing their collection on site for five years.