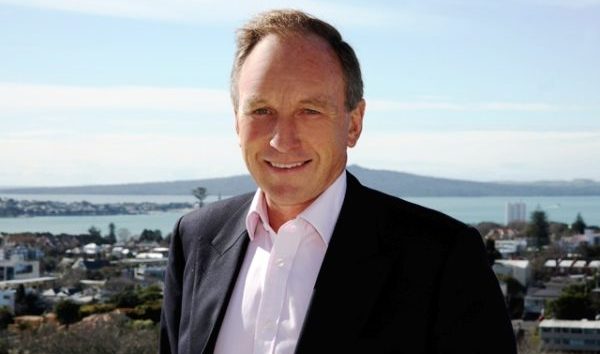 Sailor and cultural administrator Roy Clare is the quintessential Englishman, but as with a good gin and tonic, there’s a twist. He describes himself as a Londoner observing New Zealand, but in his nearly six years as director of Auckland War Memorial Museum, he has immersed himself in New Zealand life, culture and society.

Clare arrived at his current post from roles at the National Maritime Museum in Greenwich and England’s Museums, Libraries and Archives Council. Before these jobs, a long career in Britain’s Royal Navy culminated in the rank of rear admiral and the command of aircraft carrier Invincible. He has sailed in the Whitbread Round the World Race and spends time on Waitemata Harbour.

Clare and his wife, Sarah, an Anglican priest, will return to the UK at the end of the year passionate advocates for New Zealand. He describes his team at the museum as his whanau and when he says “we” in discussion, he’s as likely to be speaking of this country as he is his own.

Why are you heading back to the UK?

Our whanau here is fabulous, it’s been a joy, but whanau is why we’re leaving. Two granddaughters have been born while we’ve been here and one of our three children has been married, so that’s the pull back to the UK.

As an outsider with responsibility for how the stories of our nation are told, how have your views on New Zealand history evolved?

I feel a twinge of guilt because the period of Empire saw Britain taking over land all over the place with very little conscience. Before coming here, I knew a lot about Captain Cook, I’d read his diaries, but then I read more about Joseph Banks and I rather like that Banks had a conscience. When Cook was complaining about the “natives” stealing nails, Banks pointed out, “Well, we are stealing their land”, and I think that sense of the conscience is something we could all do with.

You’re considering an exhibition to mark 250 years since Cook arrived in New Zealand – how’s it shaping up?

Cook is a reason for the 250th but the really interesting people are Tupia and Banks, Solander and those who followed, because of what they said about the land and the investment being made by Britain at the time. I just urge this: we’re not here to celebrate Cook – he didn’t discover New Zealand, as some people think. Yes, he was a great navigator, he offered a lot from his three voyages, but it’s what goes on around him that’s significant.

I’ve been to the Michael King Writers’ Centre in [Auckland’s] Devonport several times and I’ve found King’s The Penguin History of New Zealand very compelling, objective and interesting. I read Dame Anne Salmond’s histories as well; I have a lot of time for her and she’s been very supportive of the Museum.

I’m relishing that new thinking, and Maori voices, are coming through histories; for example, Monty Soutar has done some good work. I’ve also met, read and enjoyed Witi Ihimaera. I’m looking forward to the Cook 250th having Maori voices, because as a museum director the one thing you can never really find is the truth. You can identify facts but you need to focus on perspectives.