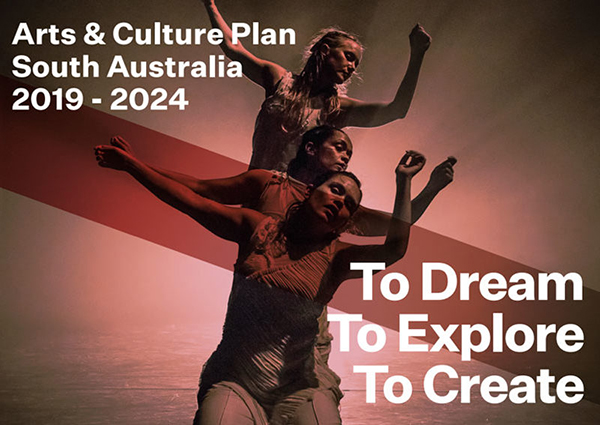 After six months of consultation and analysis, Tony Grybowski and Graeme Gherashe have handed down their review of South Australia’s arts and cultural landscape. But anyone expecting a once-in-a-generation shake up, or shake down, of the state government’s approach to the arts might be left wanting.

The subject of months of anticipation and speculation among South Australian arts organisations and audiences, the pair of documents – a colourful 48-page ‘Arts Plan’ and the 128-page review that underwrites it – together read less like a vision for the future and more like a stocktake exercise, highlighting current strengths in South Australia’s arts sector and how they might be refined across 45 recommendations. As the review’s opening page makes clear, the report “does not necessarily reflect the views of the Government or indicate its commitment to a particular course of action”, with the government releasing a separate document detailing its responses to Grybowski and Gherashe’s recommendations.

Notably, the review “does not make recommendations requiring significant additional government expenditure”, a point that may sting for much of the arts community especially in the wake of the state government’s $31.9 million cuts to arts funding and the absorption of Arts South Australia into the Department of Premier and Cabinet in 2018. While it does call for an immediate injection of funding to support the storage and digitisation of South Australia’s cultural collections – partly addressed in the June state budget’s $2.6 million commitment to improving storage facilities for Aboriginal cultural material – the report regards the reliance of the state’s arts sector on government funding as a key issue to be addressed, rather than shrinking levels of government support.

2First Nations culture and perspectives, typified by the choice of Taree Sansbury’s mi:wi on its cover, is a key pillar of the Arts Plan (Photo: Gregory Lorenzatti).

Noting the importance of funding as an issue facing creators and organisations, with a $4.9 million cut in the 2018-19 state budget likely to grow to an annual $9.2 million by 2021, the report highlights the growing necessity of alternate funding streams such as philanthropy and private sector support. Despite an overwhelming 72 per cent of 1,800 surveyed respondents disagreeing or strongly disagreeing with the proposition that the South Australian government is adequately funding the arts, the report takes the “environment of reduced state government support” previously signalled by the state government as a given in the future.

While the government has accepted a recommendation to establish a pilot program of two-year ‘creative fellowships’, other proposals such as an arts investment funding model inspired by Arts Queensland’s return-driven, risk-managed and diversity-capitalising program, and an ‘Arts Organisation Collaboration Fund’, have been supported “in principle”. The government has also agreed to maintain the current structure of grant funding until a review in 2021. 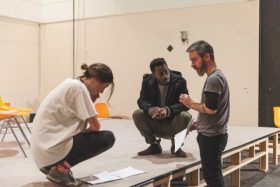 Other prominent recommendations include the establishment of an annual schedule to better coordinate South Australia’s arts festivals throughout the year, to counter fears that the clustering of events during February and ‘Mad March’ causes the arts to suffer year-round. Given that years of festival-centric arts policy have already filled much of Adelaide’s calendar with annual and biennial festivals like Adelaide Cabaret Festival, OzAsia Festival, South Australia’s History Festival, SALA Festival, Tarnanthi, Adelaide Film Festival, Umbrella: Winter City Sounds, Adelaide Guitar Festival, DreamBIG and more, it’s unclear what this will entail short of a Department of Premier and Cabinet staffer setting up a new Google calendar. Perhaps a more succinct recommendation could be: identify the one month that doesn’t already have a festival and invent something new. Perhaps the hypothetical ‘Festival of Makers’ offered by JamFactory CEO Brian Parkes on page 25 of the Arts Plan document fits the bill?