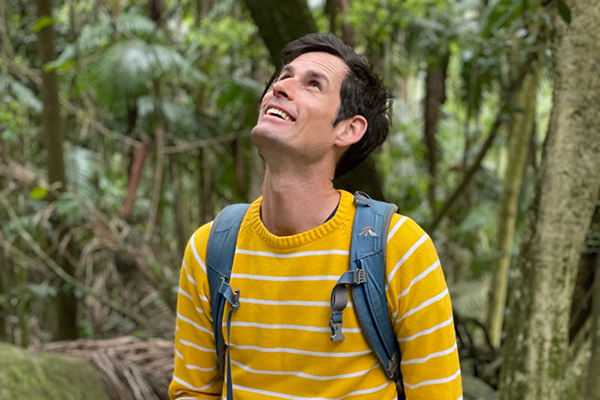 Scientists are putting out the call for schools to sign up to help search for Australia’s missing insects.

Only about 30 percent of Australia’s insect species have even been catalogued, let alone studied in detail, and the race is on in the scientific community to get a clearer picture of the country’s insect biodiversity.

A new “Insect Investigators” program led by the South Australian Museum is now calling for 50 schools across Queensland, Western Australia, and South Australia to join an official program to help scientists find and catalogue insects.

University of the Sunshine Coast insect ecologist Andy Howe is co-ordinating the Queensland arm of the project and says it is designed to directly involve children in collecting the insects.

“We hope this project can empower children and inspire connections to the wonders of the insect world around us,” he said.

A recent report revealed the vast majority of Australia’s animals were yet to be formally described by scientists, with insect species making up the bulk of the unknown portion.

Dr Howe said a lot of the work for taxonomists is simply collecting samples and looking at them, which is greatly sped up by adding citizen scientist initiatives to the effort.

“There are an estimated 200,000 insect species in Australia and we’ve identified and described about 62,000 of them,” he said. “So we’ve got a long way to go, and if we can get some more species done through this program, it will be something we can come back to in the future.”

Under the program, schools will arrange for classes to use large insect traps – resembling a tent that’s open on three sides – to capture insects and package them to be sent to the research headquarters in Adelaide.

The project will initially take place over four weeks, starting in February next year, so the classes can follow the progress of the samples they’ve collected with the researchers, who will send regular updates to them.

Dr Howe said researchers would be on the lookout for new species, but would also be trying to get new data on existing species.

“Of those 32 percent [of known insect species], we know something about their biology and ecology but we don’t necessarily know things like their full distribution,” he said.

“We also have the opportunity because we’ll have 50 schools to measure the biomass of the insects, to give more information about whether there’s been any overall decline in insect populations in the regions, as has been reported in other parts of the world.”

“So the potential is there to really uncover some cool and different things with this project, both for the kids and for the researchers,” Dr Howe said.

The researchers are looking for schools in all areas of Queensland, WA, and SA, with interested schools asked to register their interest at the project website.