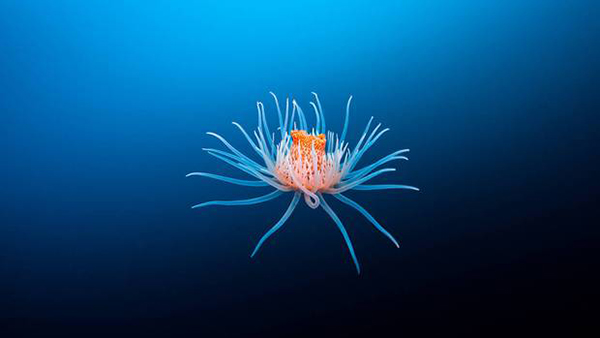 A moment when it all came together bags top prize for New Zealand photographer Richard Robinson, NZ Herald, 31 August 2020

“Just one of those moments when it all comes together.” That’s Richard Robinson’s explanation for how he captured his award-winning photograph of a Leopard anemone off the Poor Knight’s Islands.

“I saw a dozen or so anemones floating in the blue and this one was so symmetrical. I drifted over slowly and fired off a frame before the water pressure pushed it away.” 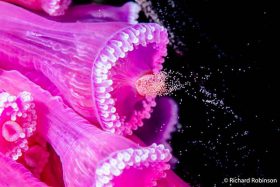 Robinson, a former New Zealand Herald photographer, won the Animal Portrait section of the Australian Geographic Nature Photographer of the Year for the anemone picture and the Human Impact section for a rather harrowing picture of dead penguins, as well as being runner-up in the animal behaviour section, too. 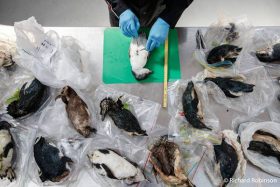 Human Impact Winner: The Wreck of the Penguins by Richard Robinson

The overall competition winner was Australian Ben Blanche for his dramatic photograph of a bush fire at Mt Blarney, taken in the horrific period over last summer. 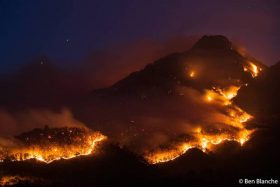 Robinson had just returned from Port Ross in the Sub-Antarctic Islands at the weekend when he opened the letter telling him of the wins, which were awarded in Adelaide last Thursday. 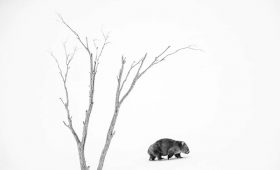 “It was a real surprise, especially as I’d been almost a month photographing southern right whales with a team from the University of Auckland,” he said. 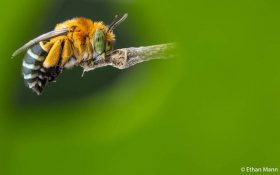 The competition was a real positive for Robinson, who was a finalist in five of the nine categories and is hoping to raise his profile in Australia. 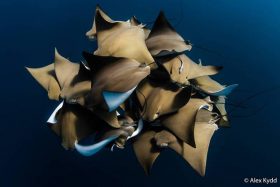 “Underwater photography is a bit limited [commercially] in New Zealand,” he said, “so I hope it can lead me to new things.”

An exhibition of winners and runners up is on display at the South Australian Museum, Adelaide, until 15 November 2020.