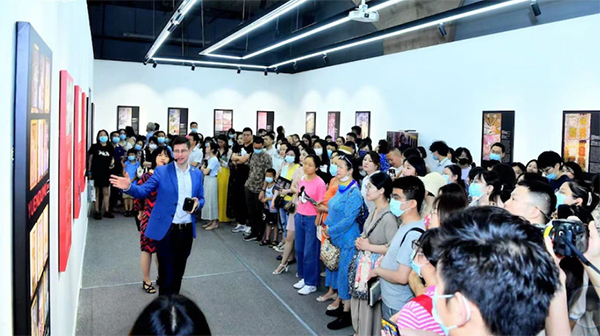 In the early 1980s in Yuendumu — a Central Australian Indigenous community on the edge of the Tanami Desert — a group of elders watching children struggle to engage with Western schooling did something remarkable.

The elders painted Warlpiri dreaming stories on the doors of the school where children were receiving a Western education taught in English, rather than Warlpiri, and in classrooms, rather than out in the bush.

Those artworks — which encompass thousands of years of Indigenous culture and were the beginning of two-way learning in Yuendumu — are now being shared with audiences thousands of kilometres away in China. 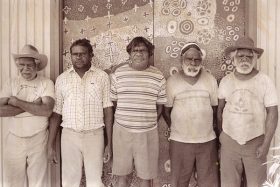 Warlpiri woman, gallery director and artist Wendy Nungarrayi Brown is the eldest daughter of Paddy Sims, who was one of the artists who painted the Yuendumu Doors.

“We are really proud of him … it really made us connected to our country, the songs, the songlines,” she said.

Ms Brown’s children were attending the Yuendumu school when her father and his friends decorated the doors with their dreaming stories.

“It changed [the school children], knowing their Jukurrpas [dreamings],” she said. 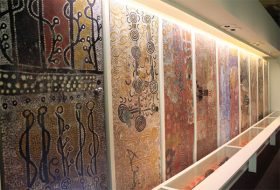 When the school was upgraded in the mid-1990s, the 30 doors were given a new home at the South Australian Museum, where they are now under the care of the museum’s head of humanities, John Carty.

“The whole Warlpiri art movement began with this gesture of care for their kids,” Mr Carty said.

“I think it is one of the most beautiful and radical acts of kindness that we’ve seen in Australian history because this was not a community for whom paintings were yet [out in the] public.

“When you see people fighting for their tradition as hard as the Warlpiri people did, and continue to do, that just engenders respect immediately,” Mr Carty said. 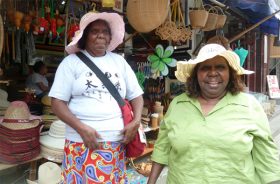 Wendy Nungarrayi Brown and her sister, Alma Nungarrayi Granites, travelled to China as artists-in-residence for the 2010 World Expo. (Supplied).

From Central Australia to the world

The actual Yuendumu Doors remain in South Australia, but a poster exhibition is on show in Chengdu, China, 6,500 kilometres from where they originated.

“It’s a different world,” Ms Brown said. “They must be enjoying it, looking at those paintings and getting those two cultures together.”

The South Australian Museum, with the Department of Foreign Affairs and Trade and the National Museum plans to send the exhibition to Australian embassies across the globe. 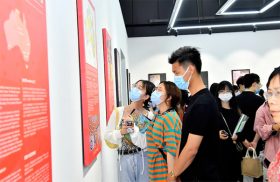 Mr Carty said the exhibition held symbolic importance, and sharing it far and wide could help the broader Australian community to celebrate its rich Indigenous history.

“They’re not metaphors, they’re actually doors … back it 1984 it was about how these kids were going to move between these different ways of being in Australia,” Mr Carty said.

“But I think the challenge is on the other foot now, which is how do non-Aboriginal people step into a Warlpiri world view with respect and reverence.

“I think that we’re still struggling to explain that to ourselves in Australia — just how breathtakingly brilliant these achievements are from our Aboriginal brothers and sisters around the country.

“So, I think explaining it to people overseas might actually help us pay attention to them here as well.” 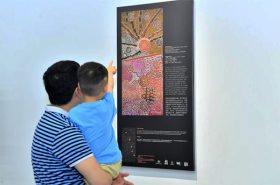 Curators of the Yuendumu Doors exhibition plan to send posters of the collection to Australian embassies around the world. (Supplied: Australian Consulate-General in Chengdu).