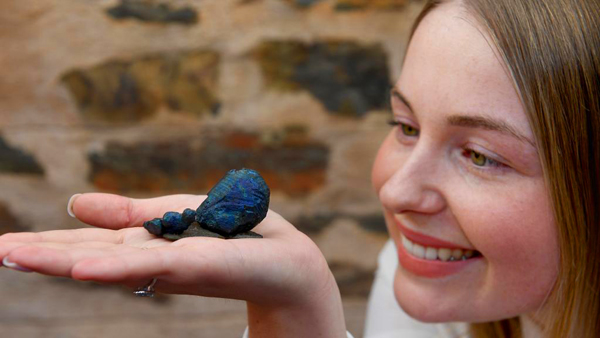 Ash Sambrooks with the world’s largest single crystal of bornite, which is now at the SA Museum.

The announcement comes after the SA Museum recently bought the world’s largest single crystal of bornite.

A distinctive purple and blue copper mineral, bornite is an ore melted down to make copper.

It is found in mines at Olympic Dam, Wallaroo, Prominent Hill and Kanmantoo and is a major contributor to the state’s economy.

SA Museum senior collection manager of earth sciences, Ben McHenry, said at 100 cubic centimetres, the specimen was rare and the “biggest and the best that’s ever been found in the world”.