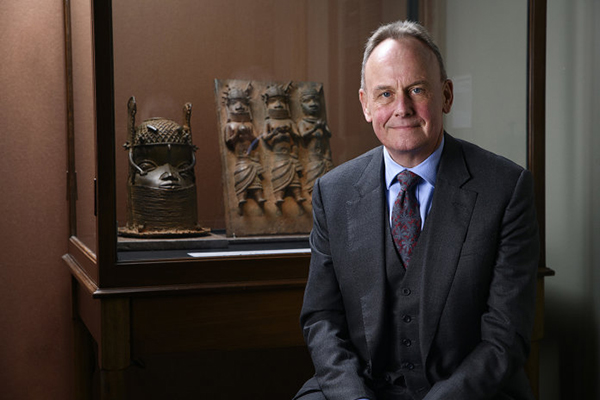 Celebrating its 165th anniversary, the South Australian Museum has joined a worldwide push to return ancient artefacts known as the Benin bronzes to Nigeria.

On display in its special Wonders exhibition, the four items will be loaned to a new purpose-built museum for the items looted in the aftermath of a British trade mission in 1897, part of a global effort for them to be displayed together.

The so-called bronzes – which include items made from bronze, ivory and wood – are spread across Europe, North America, with some in collections in Australia and New Zealand.

They come from Benin City, the historic capital of the Kingdom of Benin, part of the British Empire from 1897 until 1960.

Museum Director Brian Oldman said Adelaide’s Benin items were a natural choice for the special exhibition of objects rarely on show at the museum, one of the oldest in Australia.

“They were looted in 1897 and a London dealer called William Webster had some of the objects for sale. They were bought by David Murray, the merchant and politician and he brought them to Adelaide, where in 1899 they were donated to the museum,” he said.

“In a period of two years, they were in West Africa, looted by the British Expeditionary Force, taken to London, purchased and brought all the way to Australia.”

Mr Oldman said the museum believed it should be open and transparent about the history of the objects in its collection, even when their origins have a difficult history.

“Part of what I was keen to do was connect these objects back with Benin and Nigeria, but also to connect them as much as possible with the collection that is dispersed globally.”

The museum will loan the items, rather than hand them back permanently.

A digital project will unite as many of the objects and supporting documents in a single virtual collection.

“To some degree, it was rather unexpected that these objects were in Australia, so we’ve come into this relatively recently.

“At this stage we’re talking very openly about how we can co-operate, exchange information, how we can share images and records.

“Let’s see how these conversations go.”

Last month museum authorities in Berlin agreed to hand back their Benin bronzes permanently. Institutions including New York’s Metropolitan Museum of Art, the Louvre and the British Museum in London currently hold items from the looted collection.

Curated by Nat Williams from the National Library of Australia, the free Wonders exhibition brings the stories of 165 fascinating objects, one for each year of the museum’s operation.

More than 50,000 people have already visited the exhibition since April.

The Virgin Rainbow, described as one of the most spectacular opals ever unearthed, is in the exhibition, along with a fragment of the Nakhla Martian meteorite which fell on Egypt in 1911. Giant sloth bones unearthed in Argentina in 1787 and a piece of the original Aboriginal flag from 1971 are also included.

“These stories, selected from the Museum’s vast collection, are fundamental to understanding and documenting the history, cultures and natural history of South Australia,” Mr Oldman said.

“Wonders is for lovers of fascinating stories, whatever your age.”