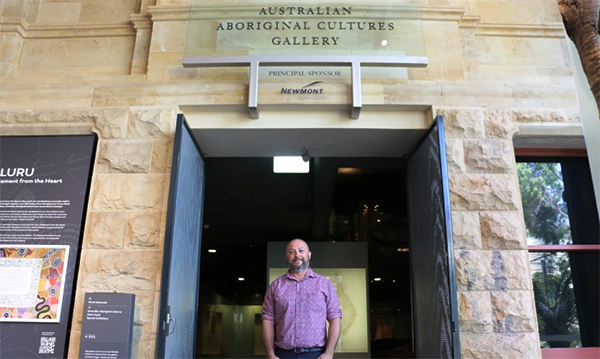 Writer and research fellow Jared Thomas describes the South Australian Museum‘s Aboriginal Cultures Gallery as “terrible”. But the Nukunu person is not about shaming the 165-year-old institution: he has insights on how to make it better.

“Until 1983, the labels still described Aboriginal people as ‘savages’”, says Jared Thomas, a South Australian Museum and University of South Australia Research fellow with a focus on Aboriginal and Torres Strait Islander material culture and art.

“[Now] the Australian Aboriginal Cultures Gallery, they require a lot of work to bring them up to a modern museum standard.

“I wanted to see how things were happening in other institutions.”

For eight weeks, starting on 1 September, Jared – a 2019 Churchill Fellowship recipient – travelled from Adelaide to Norway and then Finland, Canada, US and New Zealand. 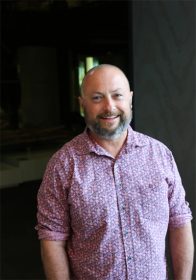 The writer and Aboriginal arts worker, whose CV spans being a manager of Aboriginal and Torres Strait Islander Arts and Culture at Arts South Australia and a member of the Australia Council for the Arts Aboriginal Strategic Initiatives Panel, went to each country’s major cultural institutions, such as the Sámi Museum Siida in Inari and the National Museum of the American Indian Washington, with a laser-sharp intent.

He wanted to see how these institutions displayed “colonised people’s interpretative strategies in permanent gallery displays,” the University of Adelaide alumnus says. The thrust was to compare how each country displayed its Indigenous artefacts.

“I was really shocked particularly by America, in a really good way,” Jared tells CityMag.

“I thought I was going to fly into a world in chaos after COVID and then I was just blown away by how CEOs and organisations were taking diversity and inclusion very seriously.

During his travel, Jared noticed the countries which experienced the greatest social upheaval over the last couple of years, through movements such as MeToo and Black Lives Matter, had not concentrated progress in just federal policy – change had trickled down into cultural institutions.

“There was a real awareness that the stories that are told within those public institutions have an impact on society and how people engage with each other,” he says.

“You could see a real diversification of staff and an attempt to start to change exhibits and then public holidays for Indigenous people.” 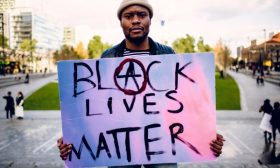 Jared’s homecoming, he says, felt like returning to a “backward country town”. Compared to the other countries, which mark Indigenous public holidays and respect historic Treaties, he had the creeping notion that Australia and its institutions have a long way to go.

For example, on 30 September this year Canadians for the second time observed the National Day for Truth and Reconciliation – a public holiday that “honours the children who never returned home and Survivors of residential schools”, according to the Canadian government.

Closer to home and across the Tasman, New Zealand celebrates Waitangi Day on 6 February since 1934, which commemorates the Treaty of Waitangi as the “nation’s founding document”.

There have been many calls to create a national day of mourning in Australia, or to change the date of Australia Day, which marks the day the English ‘first fleet’ arrived in what became known as Sydney.

Jared believes this historic conservatism is evident inside the guts of the South Australian Museum, which contains more than 30,000 objects and the largest collection of Aboriginal cultural material in the world.

This is especially present in the dated 25-year-old Australian Aboriginal Cultures Gallery, which Jared describes as “terrible”.

“The Australian Aboriginal Cultures Gallery – they require a lot of work to bring them up to a modern museum standard.”

The prominence of non-Aboriginal anthropologists’ names on displays within this gallery and the anonymising of black-and-white portraits of Indigenous people is problematic, he says.

“If it’s an anthropologist or collector, it’s a massive font: 30-point font,” he explains.

“And text relating to objects and Aboriginal people is really tiny: like eight-point font.” 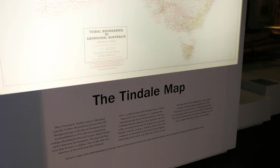 The Tindale Map at the South Australian Museum. Norman Tindale was an anthropologist.

Objects displayed behind glass cabinets or up high on podiums also offer the impression that Indigenous Australians are “dead and gone; not right here, right now people,” he says.

“We’re often represented as back then and over there.”

Ultimately, Jared says it’s “not Aboriginal people telling our own stories” and “Aboriginal voices front and centre”. The South Australian Museum’s most recent Reconciliation Action Plan displayed on its website (which is the one-year old July 2019—July 2021 RAP) outlines six full-time employees and one casual staff member identifying as Aboriginal or Torres Strait Islander out of 130 employees.

A spokesperson from the South Australian Museum tells CityMag the institution is in the process of finalising an up-to-date RAP, which is currently being approved by Reconciliation Australia with oversight from the Museum’s Aboriginal Partnership Committee.

“Given the importance of the RAP to the Museum, the Board, the staff and to our strategic objectives, we are undertaking a thorough consultation process to ensure it is a meaningful, impactful plan that can be achieved,” the spokesperson says.

“These efforts include education resources, additional signage, temporary displays, and the implementation of technological solutions”.

The South Australian Museum is also involved in repatriating secret sacred objects and over the last 20 years has repatriated 300 of these items to Traditional Owners, the most recent being two weeks ago when 15 ceremonial objects were returned to senior Walpiri men at Yuendumu.

“Museum staff continue to work with Traditional Owners to ensure the culturally competent care and repatriation of secret/sacred objects.” 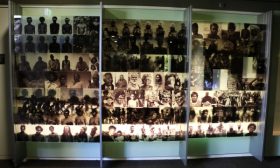 Portraits in the South Australian Museum.

Jared will present his research and recommendations to the South Australian Museum soon, with ideas and concepts spanning the further development of a First Nations workforce, increased repatriation of Aboriginal remains, community engagement, interpretative displays and the influence of architecture.

MUSEUMS ARE VERY NUANCED. YES, THEY CAN BE, IN SOME SENSES, THE TROPHY CABINET OF COLONIAL CONQUEST. BUT WHEN FIRST NATIONS PEOPLE TAKE CONTROL OF OUR OBJECTS AND INTERPRETATION, THEY CAN BE A REALLY IMPORTANT TOOL FOR EDUCATING OUR OWN PEOPLE AND EDUCATING OTHERS. — JARED THOMAS

He is also developing an augmented reality application for an April launch that “will be used to contextualise” objects with a First Nations voice, particularly in the Aboriginal Cultures Gallery.

The app will also have the ability to “handle donations, or acquisitions of new objects or visual art” and assist researchers looking at particular Australian regions. Essentially, Jared says it will be able to handle “a whole range of things” and ensure the Indigenous voice is cemented.

Despite the Premier putting the new Aboriginal arts and cultural centre, Tarrkarri, on ice we get a sense Jared is hopeful this new institution will also be a puzzle piece for the city’s progressive future.

“Since Tarrkarri was announced, I’ve been involved in conversation and spending a lot of time thinking what is the potential of this institution and what needs to be in that institution,” he says.

“I was looking at what are the best practices in terms of… what we can adopt at the South Australian Museum and Tarrkarri.”

When we ask Jared whether the problem surrounding museums is that they are inherently colonial, and built off a legacy of theft – as an aside, the Museum’s North Terrace neighbour the State Library was recently involved in its own repatriations of Aboriginal objects – he says this colonial foundation can be fixed.

“There are some objects that shouldn’t be displayed, particularly human remains,” he says.

“But museums are very nuanced. Yes, they can be, in some senses, the trophy cabinet of colonial conquest. But when First Nations people take control of our objects and interpretation, they can be a really important tool for educating our own people and educating others.

“So the Sámi, for instance, referred to their museum and their archives as an elder, but not to replace the elders in their community, but a real understanding of the potential for the museum to assist in the maintenance and development of their cultures.” 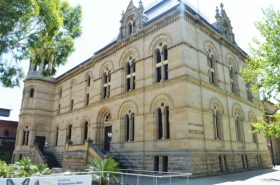