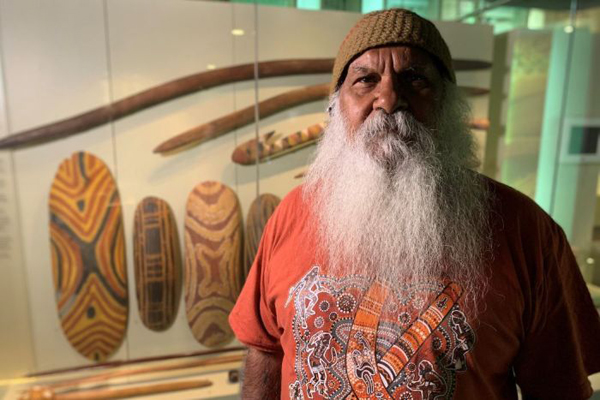 The South Australian Museum says its policy on storing Aboriginal ancestral remains was “inadequate”, as it begins to help repatriate the remains of more than 4,500 Aboriginal people from its collection.

For close to 200 years, Aboriginal ancestral remains were displayed and stored in museum collections around the world in the name of research.

Head of humanities at the South Australian Museum John Carty said his museum was one of the last cultural institutions in Australia to return ownership and management of ancestral remains to Aboriginal people.

“Our policy was inadequate and we’re being really frank about that, we’ve got a lot of ground to make up to make sure we’re doing it right,” he told ABC News.

“It’s a really major shift in the ethics in this museum, the policy makes a shift from viewing Aboriginal people and Aboriginal ancestral remains as scientific specimens to seeing them as humans.

“This has taken 200 years to get wrong, it’s going to take a long time to put it right, but we believe it’s the most important responsibility of our museum.”

Kaurna elder Jeffrey Newchurch said he had seen his parents and grandparents fight to have their ancestors — the people of the Adelaide Plains — returned and for years he has lobbied the museum to change its policy.

He said there were about 800 Kaurna ancestors in the museum’s collection and he welcomed the change of heart and direction.

“I support the policy … unfortunately, it doesn’t go far and into the depths of substance of resourcing Aboriginal people.”

He also questioned how they would go about returning people to country.

Ngarrindjeri elder Major Sumner, who has 1,200 of his ancestors in the South Australian Museum collection, has worked with the museum for the past 12 months on the ancestral remains and repatriation reference group to come up with the new policy.

“I don’t think I’d like my remains to be on display here or anywhere else and that’s the same feeling I get when they talk about our ancestors on display and also used as an educational tool,” he said.

“It’s very important that museums around the world change their policy and hand them back because it’s an invasion of privacy and an invasion of a grave site.”

He said he wanted to repatriate all of his ancestors to Ngarrindjeri country, but said it would be hard to work out where each person came from and where they should be reburied.

Mr Carty admitted it would be a long process to repatriate all the remains to Aboriginal communities across Australia.

He said it could also be painful and traumatic for many people and would require significantly more resources and funding than the museum had secured.

“All of the ancestral remains here at the South Australian Museum are part of a dedicated daily project of reconnection with Aboriginal communities of letting Aboriginal communities know that some of their ancestors might be here and of equipping them with research and funding and time and the capacity to take their old people back to country,” he said.

“The scale of the responsibility and the need to resource Aboriginal communities to do this properly is a bigger social issue, it’s going to take a really long time, it’s got to be done with great sensitivity and with Aboriginal leadership.

“We spend a lot of money resourcing Anzacs who get found in a battlefield overseas, we should expect that Aboriginal [people] enjoy the same priority when it comes to getting their old people back to country.”

Mr Newchurch and Kaurna man Timothy Williams said they wanted all their ancestors repatriated from the museum collection to their land, but claimed most of the land where past elders would have been buried had been taken away.

Mr Williams is calling for a Kaurna burial ground that will never be disturbed to be included in the repatriation process.